Initially, Lightfoot balked at the migrant buses by calling them “racist and xenophobic.” While visiting a shelter last week, Lightfoot called Abbott’s buses “immoral, unpatriotic” and claimed the operation “defies the values of who we are as Americans.” 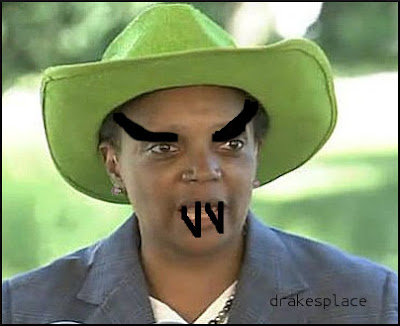 Lori is mad. Oh, when Chicago City Limits suddenly become the Southern Border she gets hostile. Well, that's not very Sanctuary City of her. Where's Teh Love, Lori?

She has no answers, no plan. Not for Chicagoans or the newly arrived Vibrant mix of potential Democrat voters. Her go-to reaction always is to defensively lash out at people. It's her only game.