Havana, Cuba - The Cuban government issued an official statement today confirming it is their belief that former Cuban leader Fidel Castro is unlikely to recover from his death of November 25.


His funeral is scheduled for December 4.

What would happen, better yet, what will happen if cash is banned in the U.S.?

Outside of these countries Canada, Norway, Denmark, Australia, New Zealand, Ireland, Mexico and other nations are currently either proposing or rolling out programs that will ban cash from certain transactions if not completely.

And if you think this is impossible in the US, think again. A campaign is already underway to do precisely this.


How Close Are We To the Cashless Society?

There is little denying it, we are edging closer and closer every year. Here are some key facts


* The One Hundred Thousand Dollar bill  is a banknote of the United States that was printed by the Bureau of Engraving and Printing from 1934 to 1935. It was never publicly circulated and was only used for transactions between Federal Reserve Banks. With a face value of 100,000 dollars, it is the highest-denominated piece of paper money ever produced by the United States. The note technically still holds the status of legal tender, but has not seen circulation since the 1960s.

After watching their candidates and party go down in flames in this past presidential election, the Left apparently is not satisfied with the fact that fifty-percent of the American voting public didn't vote for their candidate; they also are oblivious that at least half of the non-voting public is also fed up with their antics.

The response from the Left to endear themselves to more people?  Challenge the presidential election results in Wisconsin, Michigan and Pennsylvania


Go for it!  Nope - no one in this country has had enough of your whining and tantrums.

Let me guess, this recount all happened like this:

George Soros: "Let's see, I'm an ancient rotting old man with BILLIONS and BILLIONS of dollars.  And while most anyone else on the planet would be quite content to be me and live a nice, quiet life on a golf course, or perhaps fishing, because I am a Luciferian who has profited from some of the most heinous acts of mankind, I must allocate my money, time and resources by inflicting misery, pain and misfortune on those I determine are my enemies and working to undermine democracies in favor of a New World Order run by the world elite, such as my decrepit, soulless, black-hearted self.

"Bill, Hillary, I need you to challenge the ballots in Wisconsin, Michigan and Pennsylvania for me."

Bill: "Oh, George, neither of us are going to do that. We value our fictional legacies far too much, and the cash machine Clinton Foundation, to risk what you're asking.  Even though Hil' and I are bought and paid for by you, this is one thing we will not do. If you were to...say...find some other person to take the lead, we'd be happy to support that movement."

Hillary: "True Dat! What he said!" 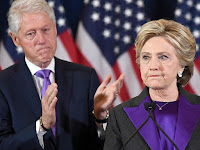 "Jill...will you be my Sorosbot I so desperately need to further the New World Order that I so want to live to see but fear I may not?"

Jill Stein: "Oh, sure George.  I'd be only too happy to become one of your pawns. What's a favor from one Zionist to another Zionist when it comes to the New World Order." 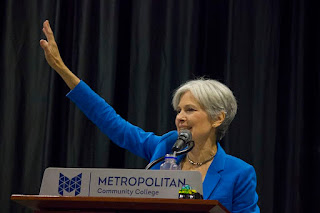 And that's how I think it went.

It's Funny Because It's Liberals

Liberals, who turned a blind eye to any conflict of interest had Hillary Clinton won the White House, with the Clinton Foundation, are now the same Liberals who cry and whine that President Elect Donald Trump liquidate and divest himself of any possible asset he owns and transparently divest himself in the event that sometime in the future a situation like this may potentially have a conflict of interest. 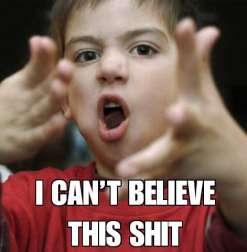 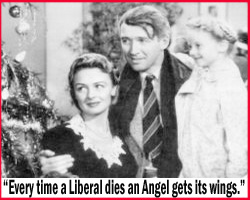 ...and even when ruthless, vile rulers die too. 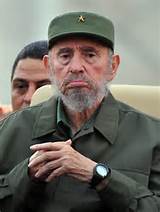 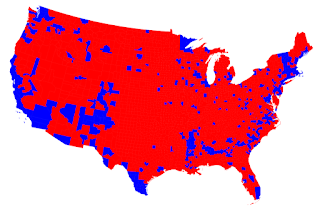 This is how Trump won.

And how Hillary lost.  In addition, she took her supporters for granted in several areas, one being Wisconsin.
Posted by Drake at 1:22 PM No comments:

Who convinced this guy that he was funny?
Posted by Drake at 1:10 PM No comments:

PBS and NPR's Gwen Ifill has died at the age of 61, from cancer.

She tended towards favoring and advancing liberalism at the risk of what should be journalistic independence and objectivism.

But 61 is too young, and I convey my condolences to the family and friends of Ms. Ifill.

There is a not so fine line between peaceful protests and riots. Burning cars, smashing windows on several cars, occupying a freeway thereby denying others the right to use that highway and vandalizing private and public property are not what encompasses a peaceful protest.

The Left needs to do more to ask of their rioters (many paid professionals from Georgy Schwartz nee George Soros) to cease and desist.