It's a song that predates MTV, so I didn't find an "official video" or a good video that had decent audio. It's kind of a hidden little gem that didn't get a whole lot of airplay compared to the other hits on the same release: "Baby Hold On" and "Two Tickets To Paradise."

Turn up the speakers.

"Wanna Be A Rock 'N' Roll Star", from "Eddie Money" by Eddie Money
Posted by Drake's Place at 5:00 AM No comments: Links to this post

This is an interesting idea.

And some very good parenting going on out there - teaching kids the "Who's Who" of great R&R.  Some good, budding, future Rockers out there.


ACDC at Wiki
ACDC Official Site
Posted by Drake's Place at 10:09 AM No comments: Links to this post

I'm (really) late in discovering The Art of McCartney,  where other musicians sing the music of Paul McCartney/John Lennon/Beatles (see Wiki Item 3 for track listings). I like the idea, and it's worth checking out other artists covering the McCartney/Lennon/Beatles song catalog.

What surprised me at the YouTube site of today's selection were some of the viewer comments of, "I never knew Alice  had such a great voice." Heck, he's always had, and has, a great and distinctive voice. His ballad-style songs ("Only Women Bleed" , or "How You Gonna See Me Now" ) are outstanding showcases of how subtle and nuanced his voice is and his range.

So the below clip is a slight departure (retro videos featuring tasteful and attractive ladies) from the usual fare of the "Friday Morning Music Video Selection".

The one other thing I noticed at the You Tube link of the video were comments simply saying "Auto-Tune ." I have no way of knowing if an Auto-Tune was used or not - but then, I started thinking...  Alice has been singing, incredibly successfully, and continues touring, for 50 years. He doesn't need to prove anything to anyone. "Rigby" seems to be in a key that is natural for his voice, so really, it shouldn't be surprising that he nails the song perfectly, is it? I've seen him in concert and he's fantastic. What's your take?

Besides my always liking Alice, add to a video split-screen , floating-black-multi-"block" screen technique and dissolves, fades-to-white-with-Black-Font and double-reverse mirror imagery and I'm hooked.

One other interesting note; his political views... pretty darn good, and funny, IMHO:


Cooper's philosophy regarding politics is that politics should not be mixed with rock music. Cooper has usually kept his political views to himself, and in 2010 said, "I am extremely non-political. I go out of my way to be non-political.["]
[.]
... in the run-up to the 2004 presidential election, he told the Canadian Press that the rock stars campaigning for and touring on behalf of Democratic candidate John Kerry were committing "treason against rock n' roll". He added, upon seeing a list of musicians who supported Kerry, "If I wasn't already a Bush supporter, I would have immediately switched. Linda Ronstadt? Don Henley? Geez, that's a good reason right there to vote for Bush."

From: The Art of McCartney

Alice Cooper - "Eleanor Rigby": The Art of Paul McCartney
Posted by Drake's Place at 3:30 AM No comments: Links to this post

From Digg: Splitting ten decks of cards with a hydraulic press:

The real fun starts at 2:48 into the vid.
- - -
Beta News - FacePervbook: ...asks users if it's OK for adults to request sexual images from children?

Facebook frequently uses surveys to gauge user opinion about features, changes and ideas. One recent such survey raised more than a few eyebrows as the social network asked whether it was OK for a man to ask a child for sexual pictures.

Seriously?  WTF?
- - -
Is the camera for your PC, laptop or phone hidden? Is it spying on you? ZDNet:

Having components spring from the edges of electronic devices isn't new. Its history extends back to flash bulbs on analog cameras[.] 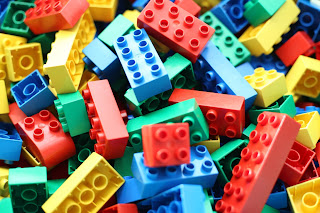 - - -
From WebOPedia. But, you ask, "WIIFM?" A darn good, comprehensive list of text and chat abbreviations.
- - -
Technocracy: The death of alternative media will lead to Supreme Technocracy?

The big three social media giants, Google, Facebook and Twitter, are in process of purging en mass popular anti-media personalities and materials.
[.]
This delights the Technocrat steam-roller because all they need to do is point to those journalistic indiscretions as they crush them, as the rest of the world cheers them on. It doesn’t matter how much truth was presented along the way, they are banned for their non-truths.

DARPA is kicking off a new research program aiming to explore how molecular biology could be used to slow the speed of living systems, thereby extending the window for treatment after a traumatic injury and increasing the wounded's chances of survival.