LINK
It's a great ad. I bet Mitch McConnell hasn't seen the ad. Is Mitch even aware of Ron DeSantis? Could Mitch copy a page from the DeSantis playbook? Of course he could, but he won't.
It's been five days since Biden insulted half the nation with his vitriolic and divisive rhetoric and RINO Mitch hasn't said a word, which says it all.
Breitbart: McConnell Remains Silent on Biden’s Speech Attacking MAGA Movement.
Five days after the speech, McConnell has not publicly remarked on Biden’s rhetoric. His office did not respond to several requests for comment from Breitbart News that spanned several days.

The Senate Leadership Fund, which is aligned with Minority Leader Mitch McConnell, is scrapping roughly $8 million in ads — about half of its initial Arizona reservation — that were supposed to start in the early fall. The group’s ads are now set to begin in early October.

McConnell doesn't want Conservatives, he wants RINOs and the UniParty. And that, dear valued readers who drop by here, isn't a "Red Wave." 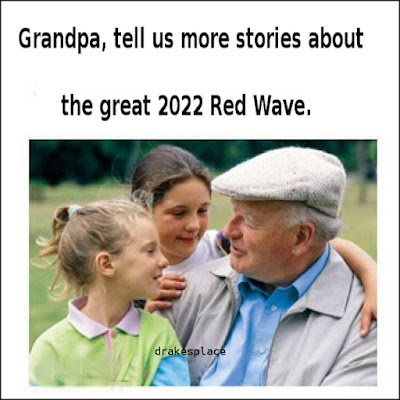