Isle of Wight eatery defends itself against ‘nasty’ and ‘bullying’ vegans who were furious that their diet was not catered for.

An award-winning cafe has at hit out at “holier-than-thou” vegan customers saying they shouldn’t have to adapt their menu to “suit” customers who don’t eat animal products.

The Kitchen at London House on the Isle of Wight went online to defend itself against “nasty” and “bullying” vegans who were outraged at their decision to refuse to cater to their diets.

Addressing its critics, it said: “If you want vegan food, go to a vegan restaurant.”

The popular high street restaurant in Ventnor said that though it used to serve some vegan food, they decided to stop because of a “militant minority” that spoilt it for the majority.
[.]
[The Kitchen at London House posted on their Facebook page] "some nasty people have felt it’s their place and right to criticise this fact. Do you think that bullying someone is going to endear them to you? Is it going to make them rethink their decision…maybe I should? NO it does not!

“We have in the past catered for vegans. Everything from Vegan cream teas, even had special Vegan bacon made so they could enjoy BLT’s amongst other things.

“We stopped. Why? Because we got fed up with the arrogant, ‘holier-than-thou’ attitude.”
[.]
[Sally Cooper, the bistro owner] said, “We produce tasty, home-cooked food. We don’t want to cook plant burgers, pulses and beans. It’s not our food.”

She said that since her post she had received a call to the shop from a man who had called her a ‘disgusting, dreadful woman.”

However, the overwhelming reaction had been supportive, she said.

It seems like the bistro went beyond the call of duty in providing vegan meal choices. They made Vegan bacon! (Wow is that an oxymoron). Vegan Bacon! And the VegaTards acted as selfish, privileged, indignant, petulant, little blobs of protoplasm. 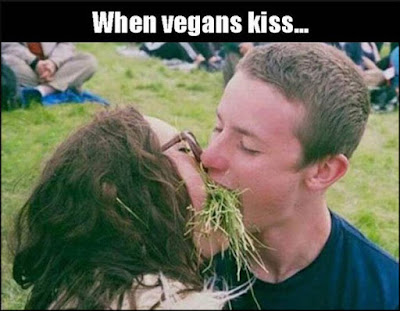 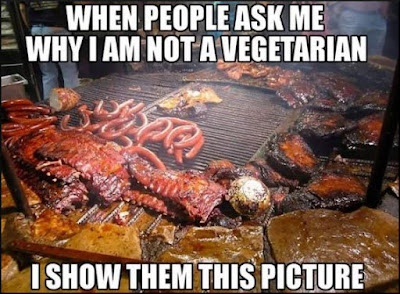 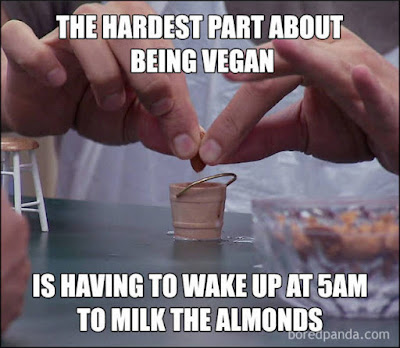 I dated a "vegan" for a short while. When out at a restaurant away from her stomping grounds she would ask me to order two or three chicken legs besides my dinner and would devour them down to cracking the bones to get at the marrow... hypocrisies much?

CederQ,So she wasn't really a vegan then?