Why do you suppose the man behind the camera requests that David Rockefeller  leave Chile, "right now." ?  Video runs 1 min 23 sec.


Rockefeller is a New World Orderist.
Let's review why the Federal Government mandates the REAL ID:


Congress passed the REAL ID Act as part of the Emergency Supplemental Appropriation Act for Defense, the Global War on Terror, and Tsunami Relief in 2005 (HR1268), and President George Bush Signed into law on May 11, 2005.

The act provides that, beginning three years after its enactment - i.e., as of May 2008 - driver's licenses and state IDs that do not meet the act's requirements will not be accepted for any specifically defined "official" federal purpose.

and from the ACLU:


The law does not limit potential uses for Real IDs. The U.S. Department of Homeland Security (DHS), in charge of administering the law, has boasted about the potential of Real IDs to regulate voting, gun ownership, immigration, and Social Security and other federal benefit programs.

Can anyone reasonably explain, or define, what in the hell a REAL ID Driver's License has to do with Tsunami Relief? 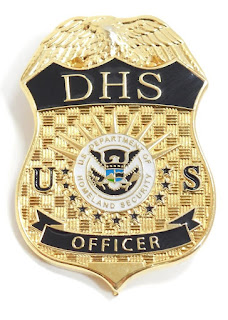 As for the need for National IDs, (let's call them what they really are), a point could be made that a National ID is a good idea due to the Global War on Terror. 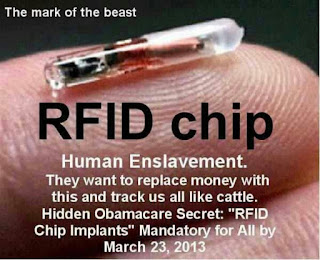 To this I posit:

*Define Global War on Terror."  Is this what we experienced on September 11, the attacks in London, and attacks in Brussels, Florida, San Bernardino, France and other countries?

Further - have we NOT seen global acts of terrorism, in one fashion or another, for the past how many thousands of years?  Just because the methods of terrorism have changed and progressed, does this require a US National ID?

Will real, actual REAL IDs contain the Eye of Province and pyramid  as in the example below? (Both eye and pyramid images used most frequently for The New World Order and the Illuminati.) 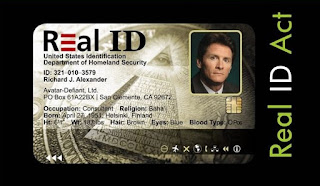 Further - from both Democrat and Republican politicians, regarding illegals living her, their saying that "there's so many we could never deport all of them or locate all of them."

Oh - so the Federal Government can demand that states conform to a National ID and that every single person will carry one of these.  The Feds can find us, but not illegals?


The act states: "People would need [a National ID card] to function normally."

To function normally...like eating, drinking, shelter, employment...life IN GENERAL?  Can you think of a more intrusive manner by the Federal Government into our lives?

What is this BS - seriously! 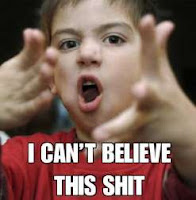 Again, I'm SHOUTING HERE - someone tell me how in the hell this is Constitutional?

If you fail to have one of these conformed National IDs, among whatever reason DHS dreams up, among many things without the National ID, you will not be able to get on an airplane, access federal facilities and would prohibit you from entering a nuclear plant.


Ohhhh, yeah - that's it.  DHS wants to make sure that if I want to visit a nuclear facility I have the proper ID.  I guess a plain old State-issued Driver License doesn't permit me entrance into one of our nuclear plants.  And that's a shame, because who DOESN'T want to visit their friendly, local nuclear facility?

And what if you DON'T DRIVE?  Will non-drivers receive a different kind of REAL ID?

What if you refuse a National ID?  Can you refuse one?  What are the consequences?

What if this new National ID Card contains a GPS (Global Positioning System) chip that allows the Federal and/or State and/or local government to locate and track your movements?

Your thoughts?
Posted by Drake's Place at 5:30 AM