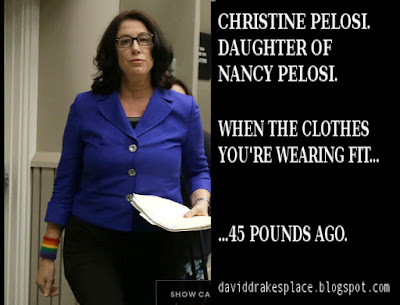 
On Thursday, Christine Pelosi accused the GOP and its allies of “pumping this despicable fake meme for years!”

“Now they are caught,” she wrote, adding, “Madam Speaker doesn’t even drink alcohol!”

Who would refer to their mom as "Madam Speaker", even if their mom is the Speaker? Pompous Elitism; like mother - like daughter.

If Nance is a teetotaler, then why the need for all the booze on her flights?

The Pelosi-owned Napa Valley winery makes her the fourth richest Californian in Congress.

Any search on You Tube of "Nancy Pelosi slurring" and "Nancy Pelosi gaffes", results in tons of clips spanning many years of the near-octogenarian Speakeress botching her words, fumbling and confusingly attempting to complete a sentence, among other anomalies. Her words and actions resemble not so much someone drunk, but someone displaying the effects of several TIA's that occurred over a period of many years.

A small selection of Pelosi You Tube videos where her speech and actions are very incoherent, to say the least:

* Pelosi repeatedly stumbling over pronouncing Lin-Manuel Miranda. Okay, not as easy to say as "John Smith", but not that difficult of a name to pronounce. Phonetically, it's pretty simple: "Lin Man-well Mi-ran-da".

* Pelosi on a mumble-jumbling roll.

If Nance truly doesn't drink alcohol, then whatever her problem is, it is a much scarier health concern.

Yeah, Christine, Republicans have been altering videos of your mom for years. It's all part of the Vast Right-Wing Conspiracy. On behalf of the VRWC, what took you so long in discovering our nefarious plot? 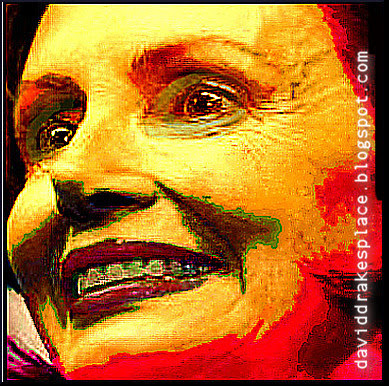