Former Brazilian football star Pele has been moved to end-of-life care due to chemotherapy treatment no longer having the expected results to treat him for colon cancer, according to a report.

The Folha de S. Paulo newspaper claims that chemotherapy treatment has now been suspended for the 82-year-old, who is widely viewed as the greatest footballer of all time.

Pele was admitted to hospital this week to re-evaluate his cancer treatment and was later diagnosed with a respiratory infection as confirmed by medical reports.

Pelé, byname of Edson Arantes do Nascimento, (born October 23, 1940, Três Corações, Brazil), Brazilian football (soccer) player, in his time probably the most famous and possibly the best-paid athlete in the world.
[.]
Pelé made his international debut in 1957 at age 16 and the following year played his first game in the World Cup finals in Sweden. The Brazilian manager was initially hesitant to play his young star. 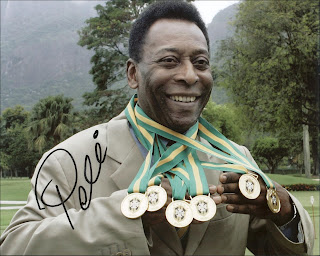 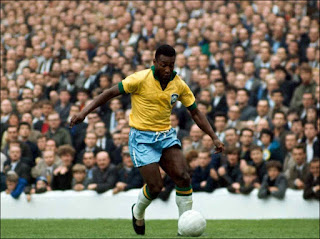 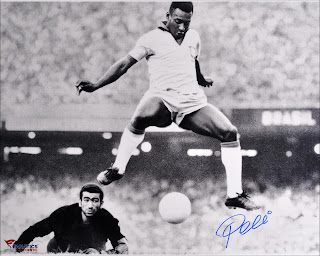 By all accounts from what I've read about him over the years, a truly genuine guy, no pretenses, God-fearing Christian who helped others without fanfare or expecting accolades.

How good was he? He IS The King of Soccer.

We will not see the likes of him again:

PA Media (via Yahoo): Pele says he is ‘strong with a lot of hope’ amid health concerns.

Pele said he is “strong” and following his regular treatment in a social media post responding to concerning reports about his health.

Brazilian news outlet Folha claimed earlier on Saturday that the former striker had been moved to palliative care and that his chemotherapy to treat colon cancer had been suspended.

An update from the doctors treating Pele at the Hospital Israelita Albert Einstein in Sao Paulo on Saturday evening presented a more positive picture, and a message was then posted on his Instagram page.

“My friends, I want to keep everyone calm and positive,” it read. “I’m strong, with a lot of hope and I follow my treatment as usual. I want to thank the entire medical and nursing team for all the care I have received.

“I have a lot of faith in God and every message of love I receive from you all over the world keeps me full of energy. And watch Brazil in the World Cup too! Thank you so much for everything.”

Pele has been in hospital since Tuesday, and his doctors said in a statement that he was stable and responding well to treatment.

"And watch Brazil in the World Cup too!" 🤣 What a great guy!

He was the man when I was a youngster. I was not into European style football, as opposed to American style football, the real game. But when Pele' was thrust into worldwide fame, we all knew about it. And he was indeed mentioned as being not just a great player, but a decent and kind hearted man as well.
There are still a lot of athletes like that about, but not so many that they don't command the media's attention when they get caught doing what they often try to do in the background. I read that John Cena was over the 650 number for Make a Wish foundation dreams fulfilled. That is saying one heck of a lot about the things that are important to him. I don't really follow him or his career, but I will always support him to anyone, if ever called on. He has a firm idea about what matters, and has the right to be proud of himself. Someone raised him the right way.

Pigpen51, Same here. Pele brought soccer to international attention more than any one person or group. Amazing guy and athlete.

I didn't know that about John Cena. That's nice to hear.

The genuine people do their charities quietly, telling no one, wanting no fanfare. It's a Matthew 6:4 kind of thing, and I really respect that.