Menacing, Ominous "Baby Hillary Blimps" are appearing all over the world, terrifying onlookers.

Appearance of "out-of-the-blue" threatening and ominous Baby Hillary Blimps are appearing all over the world terrifying onlookers.


From populated cities such as London, New York and Tokyo to remote areas such as the Grand Canyon and Area 51, giant, ominous, terrifying Baby Hillary Blimps have been spotted around the world. No one knows when or how they appeared.

"There it was, in the blink of an eye," said London resident Scotwood Havershaam on Wednesday afternoon. I was out on me midday stroll and this huge shadow falls over me and I glance up and there's this enormous Baby Hillary Blimp wearing a diaper on its bum with 'Hillary 2020'. I thought we was being attacked."

The UK Ministry of Defence was flooded with calls from panicked and frightened people fearing the apocalypse had begun. "We are asking people to remain calm and be cautious, until we know more.  Know that authorities are on full alert," according to UK Undersecretary of Security Yorral Dunnisenn. 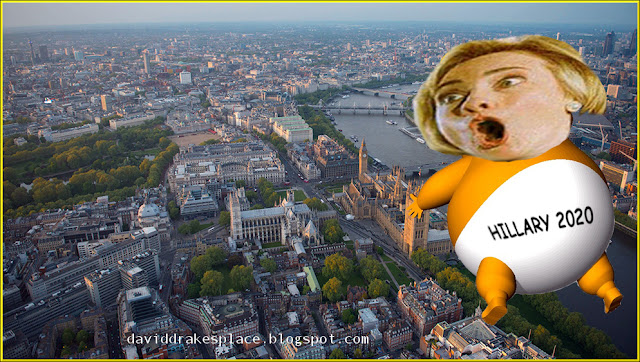 Baby Hillary Blimps have appeared at various times over the past 24 hours all around the world. No one seems to know how, why, or when the exact time of these sightings began.

Former Democrat presidential candidate and former U.S. Secretary of State Hillary Clinton, reached by telephone, replied, "it's obvious a Trump-Putin Pys Ops hologram designed to make me appear as some maniacal, crazed blimp." Her husband, former U.S. President Bill Clinton could be heard from the background saying, "you got that right," just before the phone call mysteriously ended. Attempts to reach the Clintons since then have been unsuccessful. 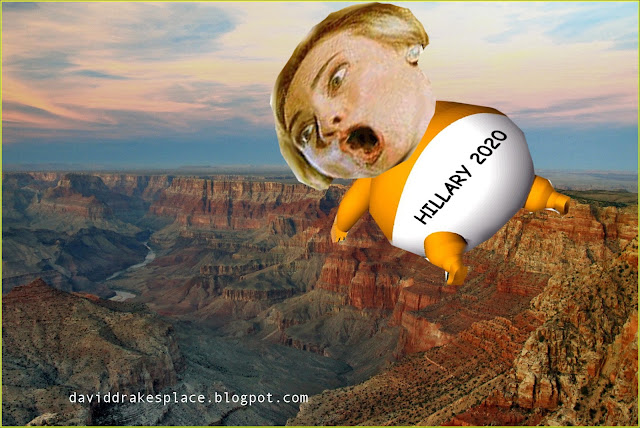 Sttevnn Andrrrsnn, of Calgary, was traveling back home on Canadian Air Flight EH9 after a vacation that included sight-seeing trips to the Grand Canyon. He spotted the Baby Hillary Blimp from the window of his plane. "Couldn't say how long it was there, it all happened so fast. I took some pictures with my phone and then the blimp vanished." 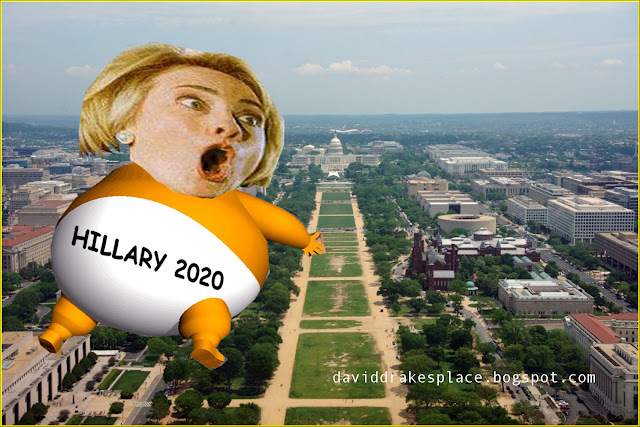 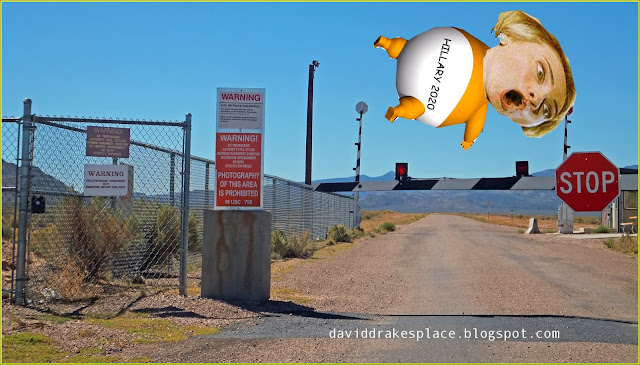 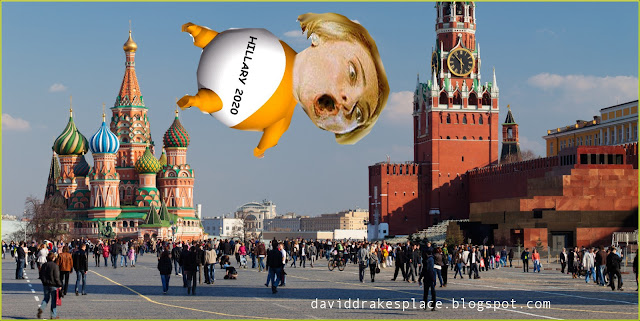 The dooms day clock advanced one minute closer to midnight after Russian Military Commander Sergei Novikinov said, "this unprecedented attack on Soviet air-space is considered a hostile act of aggression and a direct threat to our national security and we will respond with the appropriate force and action." 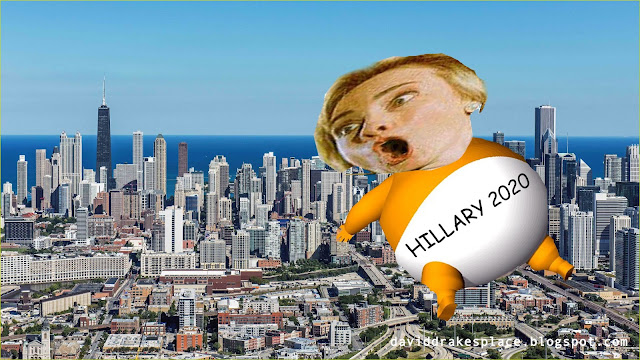 Traffic came to a standstill all around the Chicago metro area on Wednesday afternoon when the Baby Hillary Blimp floated above the city for over four hours.

"It kept drifting back and forth and up and down," said Chloe Masterson, one of hundreds of people waiting in line to hop onto the Loop. "Children were screaming, 'we scared, we scared', and we all tried to take shelter under something. It was the most insidious things I've ever seen." 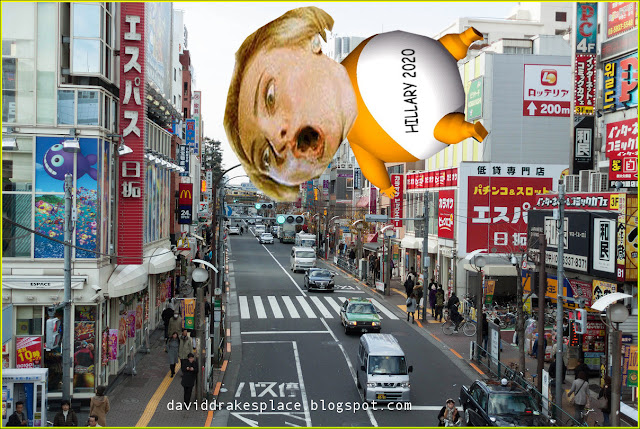 Residents in downtown Tokyo ran and took cover in stores, under awnings, anywhere they could. The Tokyo appearance of the Baby Hillary Blimp lasted for six hours, bringing the city to a stand-still. 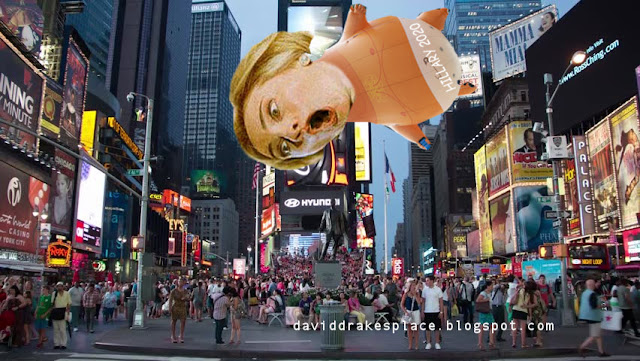 The only comment from the Trump Administration was a tweet from President Donald Trump: "Blimp huh? Busy. ESPN & cartoon net. Need DietCovfefe."