[Megan Scraper] ...  slipped and fell from the top of the falls into the water below[.]
[.]
[Ryker Gamble and Alexey Lyakh] jumped in after her in an attempt to save her, but no one survived.

- - -
Will your financial institution survive a tech meltdown? BBC Tech:


UK banks have been told to explain how they would cope with a technology failure or cyber-attack.

The Bank of England and the Financial Conduct Authority have given financial firms three months to detail how they would respond if their systems failed.

Does this really matter since...The Illuminati controls everything?!?!?!
- - -
Gadgets Now: Over 50% of smartphones not password protected. 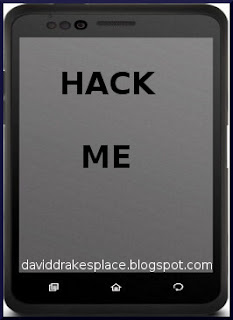 [We caught up with Zain Gulamali who manages the $100 million Alexa Fund] and [posed]  a few questions about the personal digital assistant and its future.

- - -
eWeek: WordPress had some security vulnerabilities:


A new version of open-source content management system WordPress, 4.9.7, was released on July 5 that patches a pair of security vulnerabilities that could expose WordPress sites to risk.


...Canadian demand for cyber talent is increasing by seven percent annually.
[.]
Deloitte says addressing cybersecurity risks is critical because they could slow the pace of global technological innovation by as much as $3 trillion USD in lost economic value in 2020.

- - -
Having issues with Win 10? ZD Net: Some free tech and trouble shooting tips:


The NSA...has announced that it is deleting hundreds of millions of call and text records because of "technical irregularities".
[.] While full details of the reasons for the deletion are not given, the NSA notes that it collected data it was not authorized to collect.

..."because of technical irregularities." Anyone buying this? It's reassuring that the NSA collects info they're not authorized to collect, isn't it?
- - -
Tech Explore - Bandages go high-tech.


[Engineers] led by Tufts University developed a prototype bandage designed to actively monitor the condition of chronic wounds and deliver appropriate drug treatments to improve the chances of healing.

The Rosinbomb Rocket is a $600, 13-pound tabletop rosin extractor designed to squeeze and melt the THC crystals present on the surface of the flower into a solventless dabbable hash similar to shatter. Think of it as a panini press for weed.

[.]...tokers can get stonier than a rock garden.

I don't know what any of it means. Is this about rock gardens...comments,  anyone?
- - -
File Hippo - Free data recovery software for Windows that boasts a 96% recovery rate.

- - -
Have you ever wondered why cruise ships and yachts are painted white? Technology.Org:


Container ships and all other kinds of cargo and fishing ships are all kinds of colours...[while] cruise ships and luxury yachts are usually white. Why?

- - -
And because I know you've been waiting on this news: Pokémon Quest downloaded 7.5 million times.  Mobile Syrup:


The game launched on May 30th for the Nintendo Switch and was followed on June 27th with a mobile release across iOS and Android. Pokémon Quest has been climbing the charts[.]