Bill Clinton's remarks on NAFTA signing in 1993 at The American Presidency Project page scrubbed? Link result is "404 page not found."

Over 26 years ago The Left ushered the U.S. into NAFTA by then-president DEM Bill Clinton. Now, it seems all the DEMS, especially the presidential candidates, backtrack their being for NAFTA and now appear against it. Or, they suggest that an updated NAFTA will fix the problems with old NAFTA.

Adding another layer to a failed DEM initiative is always the answer. Always.

Maybe it's a glitch? An overwhelmed slow server running Win7 or XP?

Thankfully, we have The Wayback Machine preserving this page. Hit the link, read the full story. I've intentionally oversized the screen cap: 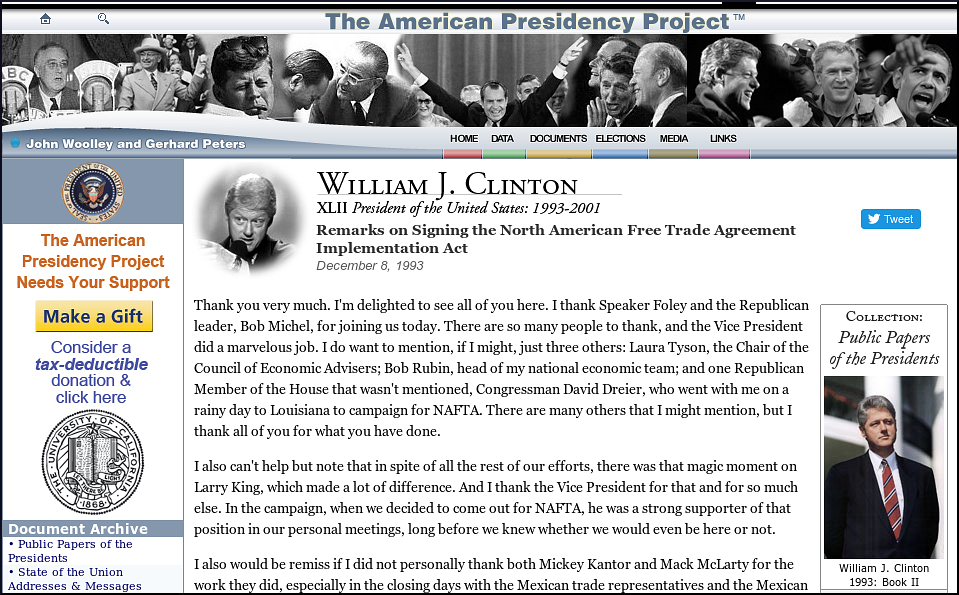 NowThis, which spreads stories on social media, has accused Trump of getting it wrong — repeatedly.

On Aug. 10, 2016, NowThis posted a video on Facebook headlined "Fact Check: Everything Donald J. Trump says about NAFTA is wrong," and on YouTube titled "Donald Trump Can't Get The Facts Right About NAFTA.".
[.]
It turns out that Trump isn't wrong.

Clinton signed the deal on Dec. 8, 1993. His speech that day is available in print form and on YouTube.

How oddly coincidental that this link is a dead "404 Page not found" result.

The video of Bill Clinton's remarks on Signing the North American Free Trade Agreement Implementation Act, as of this time, up and running at You Tube. Screen caps from the video: 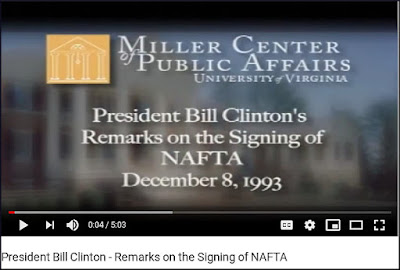 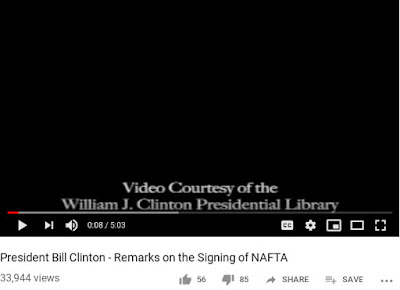 If you find the link is restored at The American Presidency Project, leave a comment.
Posted by Drake at 11:40 PM