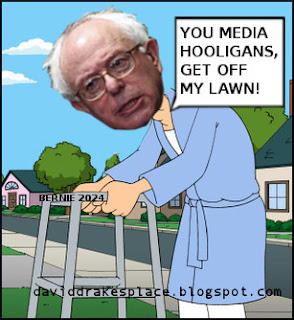 Sen. Bernie Sanders’ (I-VT) presidential campaign continues to express frustration at members of the media and pollsters, accusing them of going out of their way to dismiss him and his second bid for the presidency, according to a Wednesday report from the Hill.

While the Vermont senator has consistently polled in the top tier of candidates – often coming in second or third place – his campaign believes he is being treated as the political equivalent of a B-lister, with greater attention going to presidential campaign novices like Sens. Elizabeth Warren (D-MA) and Kamala Harris (D-CA). Instead of changing tactics, however, the Sanders campaign is hitting the media directly.