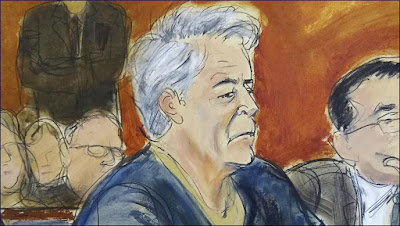 A judge denied bail Thursday for jailed financier Jeffrey Epstein on sex trafficking charges after prosecutors argued the jet-setting defendant is a danger to the public and might flee the country.

The federal judge's ruling means Epstein will remain behind bars while he fights charges that he exploited dozens of girls in New York and Florida in the early 2000s.

"I doubt that any bail package can overcome danger to the community," U.S. District Judge Richard Berman said Thursday.