Why is Beto O'Rourke laughing over the El Paso Wal Mart shooting? Mass shootings under various presidents: Obama outranks them all.

The above happened Saturday, in Nevada, where BOB attended a labor union forum in Las Vegas. Watch the full video at CNN and/or at You Tube.

The MSM won't ask BOB O'Rourke about his chuckling and behavior that is so oddly disconnected from the grievous events in El Paso. If a Republican reacted in this way, we'd be bombarded with what would be described to us by the MSM as a, "strange reaction to a tragedy by [insert name of Republican here]."

Breitbart: O'Rourke ties Trump to El Paso shootings. Consider who said it and why, and you don't need to click on the link, unless you want to.

Defending Faith And Freedom: Mass Shootings Under the Obama Administration: 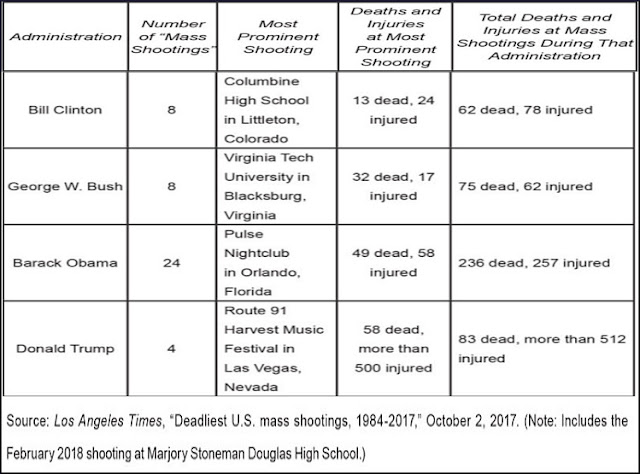