Hypersensitive Cortez feelings hurt over cardboard cut-out that looks like her. The Horror! The Horror! 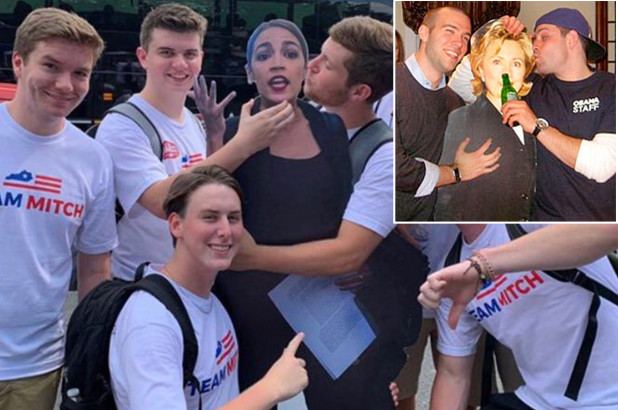 Image: Instagram/Facebook
But did they know it was cardboard?

Rep. Alexandria Ocasio-Cortez went on the warpath Tuesday over a picture of some Mitch McConnell-supporting high-schoolers groping and mock-choking a cardboard cutout of her — but the Senate majority leader and his supporters said her complaints were paper-thin.

The Kentucky senator’s spokesman pointed out that then-President Barack Obama’s staffers did the same thing to a Hillary Clinton cutout 11 years ago, while others just thought the whole debate was yet another example of today’s ­hypersensitivity.
[.]
“Hey @senatemajldr – these young men look like they work for you,” [Cortez] tweeted Monday night. “Just wanted to clarify: are you paying for young men to practice groping & choking members of Congress w/ your payroll…or is this just the standard culture of #TeamMitch?”

McConnell’s campaign manager, Kevin Golden, shot back Tuesday, defending the majority leader and noting the Obama-staff similarities.
[.]
Ocasio-Cortez wouldn’t let the issue drop Tuesday, as she put out a tweet implying that McConnell’s camp is condoning the stunt.

And hands near the neck of a cardboard cut-out is not "choking". 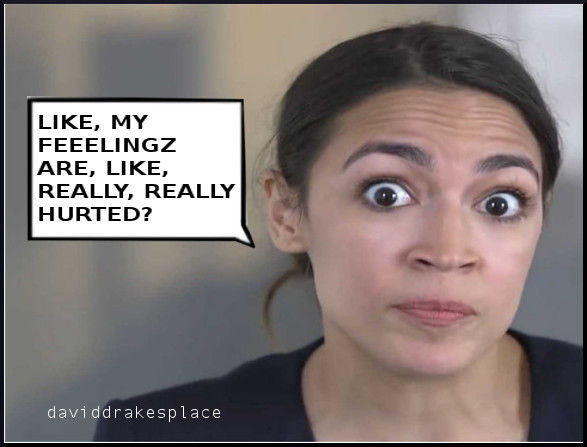 Have some Tissues, Princess... 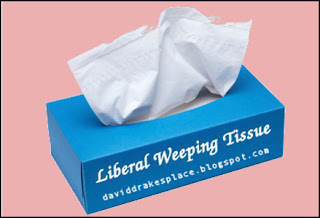 Triple-Ply for maximum weep absorption.
Posted by Drake at 5:12 AM