Joe Biden loved coal before he hated it. 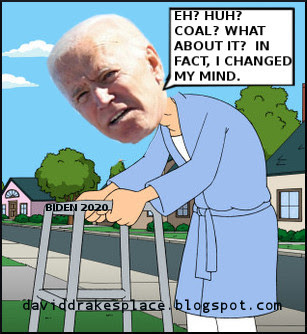 Breitbart: Biden Attacks McCain in 2008 for not supporting the coal industry.

Biden told a crowd consisting of union mine workers in the closing days of the 2008 race that he and then-candidate Barack Obama would be better for the coal industry than McCain, the Republican presidential nominee.

“Ladies and gentleman, John McCain does not believe that clean coal is part of our future,” Biden said[.]
[.]
“We’re not supporting clean coal,” Biden said looping Obama, who had campaigned on his support for the energy source [coal][.]
[.]
The incident quickly became politically controversial, especially as “clean coal” was a top issue the Obama campaign[.]

National Interest: Biden in 2016: No place for fossil fuels in my administration, yet he loved coal in 2012.


Former Vice President Joe Biden’s proclamation that fossil fuels would have no place in his administration during Wednesday night’s debate was a far cry from his 2012 declaration that “we desperately need coal.”
[.]
Biden says no place for coal in his administration pic.twitter.com/VeeUFjG9SH [.]
[.]
“No, we would work it out. We would make sure it’s eliminated and no more subsidies … for any fossil fuel,” he responded. 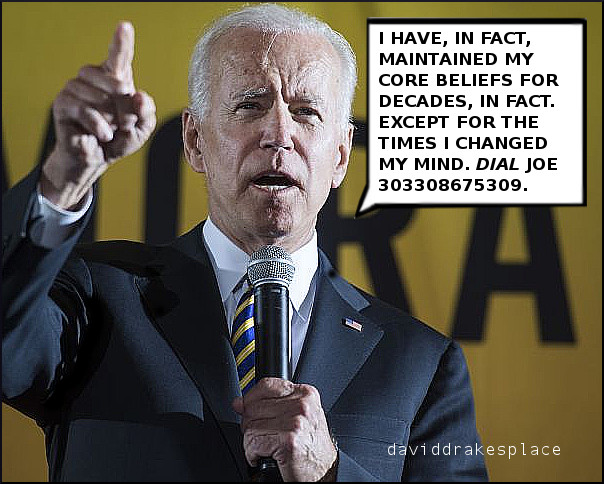 Joe Biden; he'll say anything and everything.