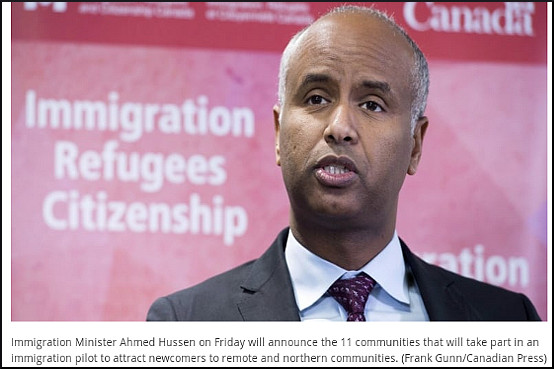 The federal government has picked 11 communities from across Canada to kick off a new pilot program aimed at attracting immigrants to rural and northern communities.

The goal of the program is to bring newcomers to regions confronting severe labour shortages due to a youth exodus, declining birth rate and aging population.
[.]
"The equation is quite simple. Attracting and retaining newcomers with the needed skills equals a recipe for success for Canada's rural and northern communities," [said Immigration Minister Ahmed Hussen]. "We have tested a similar immigration pilot in Atlantic Canada and it has already shown tremendous results for both newcomers and Canadians," [said Hussen].

The selected communities are:

The government will begin working with communities this summer to help them identify candidates for permanent residence as early as this fall. The first newcomers under the pilot are expected to arrive in 2020.

Hit the link, read the rest. Note another reason given for the need of this program is the 'Continued vibrancy of rural areas', which, according to the government, are declining. 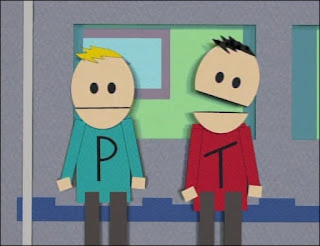 One point, (of so many that can be made): No government, anywhere or ever at any time, has successfully accomplished, "a quite simple equation." But hey, maybe we'll witness a First.
Posted by Drake's Place at 7:38 PM