At least 12 people were killed and several injured on Friday in a mass shooting at a government building in the US state of Virginia.

The suspect, described by officials as a disgruntled city employee in Virginia Beach, fired indiscriminately in a municipal building.

The gunman [is] identified by police as DeWayne Craddock[.]

Craddock was killed in an exchange of gunfire with the police bringing the death total to 13.

I'm going to skip the major details, like the VB Muni Center being a gun-free zone, presuming you already know this. 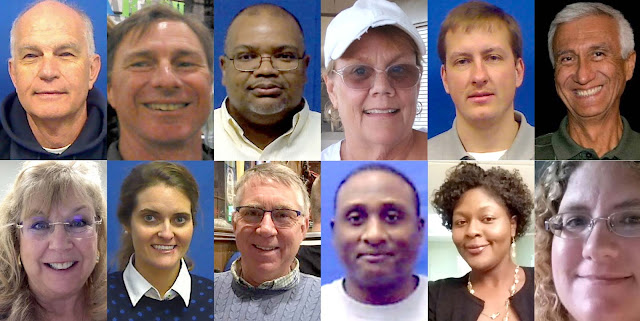 Being that nine of the victims appear racially to be white, is it appropriate in asking if this horrendous attack has been described by the MSM as motivated by racism? It's a fair question, because if a shooter is white, and a majority of the victims are Black, the MSM would no doubt be asking this same question. Liberal politicians - never letting a crisis going to waste - would be echoing the same refrain playing the Racist Card. Was he motivated by race? Was he "disgruntled"? Is it a hate-crime? It should be, shouldn't it? I haven't heard those words from the MSM yet. Have you? 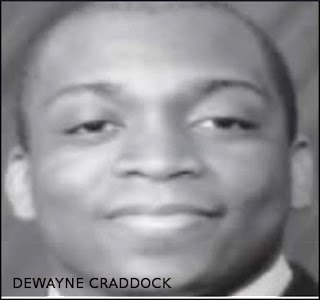 Craddock's MyLife page has been scrubbed:

A screen cap of Craddock's MyLife page before it was scrubbed; please note the political affiliation:

Craddock's MyLife page number assignment is e346068733872. That number appears on all three versions; the screen cap, the scrubbed cap and the search result entry. I think we're safe in reasonably concluding the now-scrubbed MyLife entry was his and authentic.

Isn't it somewhat ironic that, in some cases, the MSM trips all over itself to publish as much information as they can on someone, like with Nick Sandmann? Media instantly, and wrongly, initially painted San Diego shooter John Earnest as a Pro-Trump, MAGA, Alt-Righter. But other times, information is withheld, scrubbed, altered and spun for fitting The Liberal Narrative?

Now, into the speculative and muddy areas.

Mass shootings in high-profile venues are particularly carried out to divert the attention of the body politic when Deep State is under a LOT of pressure.  That pressure is coming from the necessity of covering up SPYgate.

In light of the radioactive revelations that are about to be made public by the DoJ after being authorized to declassify the Russiagate hoax documents, things are about to get very dicey. Truly, it doesn’t get more serious for the Democrat coup plotters than SPYgate.

Why Virginia, indeed. Hit the link and be ready for a long read.

The SOTN story is also found at The Millennium Report.

Both SOTN and TMR mention this interesting point in why this incident raises so many Red Flags:

It has been claimed that a scheduled “active shooter drill” was scheduled at the very same venue in Virginia Beach today — Saturday, June 1.  If this is true, then such a drill would have provided a perfect opportunity for the ‘authorities’ to set up the false flag operation in advance as they have done with many other staged mass casualty events.

SOTN confirms the report that the Virginia Beach PD had June 1 scheduled for an active shooter training workshop, while News Of The Day reports that Gun Violence Awareness Day is Sunday, June 2.

Regarding Gladio Terror, they were also named during the Sri Lanka attack, and others, give a search on them.

I'm not a believer in the Crisis Actor Conspiracy Theory. I'm not discounting something like it could be employed at times, but I think what happened in Virginia Beach on Friday did happen.

USA MacPaper: Contradicting information if Craddock was terminated or still employed with the city:


Craddock was an engineer at the Virginia Beach Department of Public Utilities for 15 years, police say. He worked in the city's water and sanitary sewers branch and was still employed with the department at the time of the attack, according to authorities.

That contradicts reports by CNN and The Wall Street Journal that have described Craddock as a "disgruntled employee" who had been recently terminated. At a Saturday afternoon news conference, Cervera was adamant that any unnamed sources saying the suspect had been terminated are incorrect.

Before providing a link to an 8Chan thread on the Virginia Beach Municipal Center; FYI, if you've never been to 8Chan, it is NSFW, containing ethnic and racist terms and images that may be offensive. If that upsets you, then do not follow the link. You have been advised.

An 8Chan Thread on Virginia Beach bring up, among several other theories, the  gematria of March 31:

The number of 13 deaths...Cutting Edge 13 being a Occult Number:


Thirteen (13) is deemed sacred. It was also no accident that Hitler chose the year 1939 to begin World War II, because 39 is formed by the multiplication of 13x3. Thus, you can see how human history has been shaped by the occult belief in the power of numbers.

The connections in the Conspiracy Theories involving any unusual event or tragedy in Virginia tied to the CIA HQ in Quantico, VA - and their secret agenda and experiments (whatever they are) - abundantly abound on the web.

There are so many questions, will we ever know the truth? Maybe. Do we know the truth on the Inland Regional Center attack in San Bernardino...yet? I don't think so.

Remember, it's not that hard to fool the MSM and it regurgitates to the public what it's told by their political masters.


The Associated Press (AP), the New York Times, and CNN’s Anderson Cooper were suckered by an online troll who claimed to be an eyewitness of the recent mass shooting in San Bernardino, California.

In a well-established pattern, the troll blamed the mass shooting on GamerGate, the movement against poor ethical standards and political zealotry in the world of video games journalism.

The troll, who claimed their name was “Marie A. Parker” told AP that one of the shooters said he was killing people “for necessary ethics” and wore a shirt emblazoned with a “GG” logo. Her comments, including her insinuation of GamerGate’s involvement, were published by the AP.

The Liberal Presidential Candidates renewed their ultimate goal of gun confiscation by calling for "common-sense gun control laws"  in the wake of Virginia Beach. None of them can define their generic phrase any further. What "common sense gun control" would have prevented the killings in Virginia Beach? Uh - maybe not having the facility designated a "gun-free zone"? That's not all that different from walking down the street wearing a sign reading, "I'm frail, unable to defend myself and carrying a lot of cash." Only a Liberal could conceive and believe that any "[Fill-in-the blank] free-zone" would be free of what they seek.

One thing the MSM all agree is telling us that the guns Craddock used were purchased legally. I've also heard the MSM report Craddock used a "silencer", of which there is no such thing, they mean a suppressor, which is not silent.

If I'm an arsonist, and buy and use gasoline, starting a fire that destroys some structure, and I'm caught - is the gasoline manufacturer liable for what I did? What "common-sense gasoline laws" would prevent another occurrence?

We are likely to never know the real truth.
Posted by Drake's Place at 10:20 PM