"Pollster" with fake hair Frank Luntz says, "it's time for Republicans to move on" from Trump.

The Hill: GOP pollster Frank Luntz: Republicans are saying ‘it’s time to move on’ from Trump.

Yeah, whatever you say Hair Hat.

Frank Luntzhead, "Republican Pollster." The same tubby, jowly, roadkill-haired "expert" who said, in 2016, without a doubt, that "Hillary Clinton will be the next President of the United States." 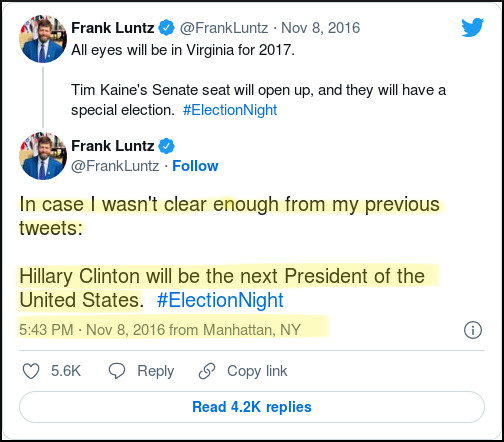 The same Hair Hat who declared, Bernie Sanders will be the democrat presidential candidate in 2020. 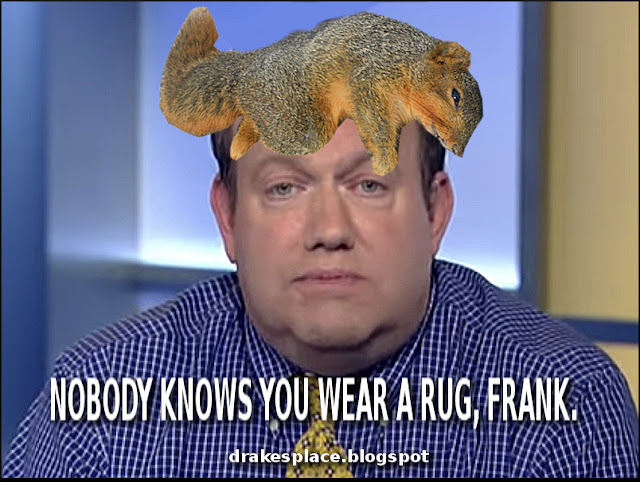 Sigh....another blathering from a talking head. He's a repeater....he just repeats the agenda of the demoncrats.

Steve, yeah, everything you say. And he just keeps going with the same failed routine. UnFReal. Thanks for commenting.