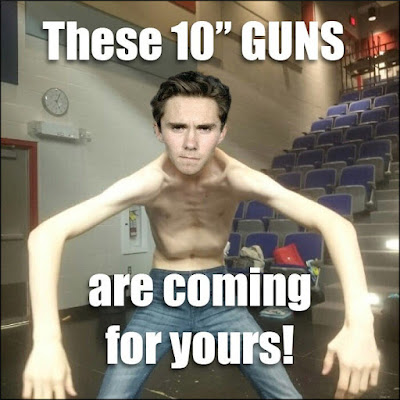 Progressive student activist David Hogg on Friday called on people across the country to rally in protest of the Supreme Court ruling that overturned Roe v. Wade, attempting to extend his anti-gun advocacy to a different issue.

He claimed, “Let me be clear This isn’t just about Roe this is about the Supreme Court going backwards against 200+ years of jurisprudence yesterday on gun laws endangering us all.”

Putin needs Americans to be divided and too caught up with our politics so he can continue his march into Ukraine than [sic] into Poland and beyond. He knows the only way to defeat the Americans is by turning them against each other. Don’t fall for it.

Hogg is just angry that Vladimir Putin won't have sex with him.