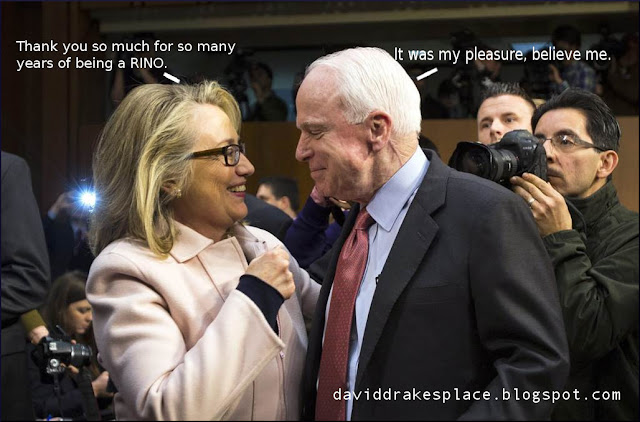 How can one remain so bitter at the end of their life? If one believes in an afterlife, and I believe that John McCain does, and you have a terminal medical issue and your time is limited; how can you hold on to, and foster, such bitterness until the very end?

I've never been a supporter of McCain, a RINO who disappointed Republicans by siding with Dems far too often.

I appreciate his service to our country. Was he "Songbird John" as some suggest? I don't know. Maybe, maybe not. There's a limited number of people who know if he was or wasn't. Does it matter at this stage?

"It doesn't matter, he's dying anyway,"  the remark from White House press aide Kelly Sadler. Whether it was said or meant with invective or not, so what? It's not like this remark triggered bitterness in McCain, as if prior to the remark his entire lifetime demeanor was "Mister Holly Jolly Christmas."

When people remember John McCain after he passes, does he want the first recollections of him to be, "bitter until the end," or, "Oh, that Maverick McCain, he sure gave Trump the 'fuck you' when he said he didn't want Trump at his funeral." 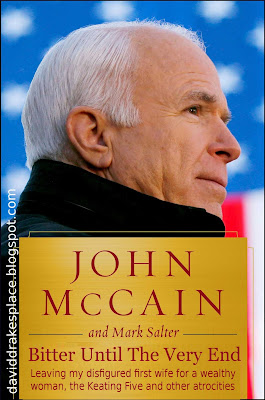 McCain meddled in affairs in which he had no business being involved, the least egregious being The Keating Five.

His major pissing points appear to be not being elected president and Trump's remark of "I like people who don't get captured."  His thumbs down vote against repeal of ObamaCare was nothing more than another "fuck you" to Trump.

His presidential campaign sucked and he is solely responsible for his loss, not Sarah Palin, not this or that or anything else. In his first presidential debate with Barack Obama, McCain came across as an angry, bitter old fuck. Is this someone I want as my president? Nope. I sat that election out and have no regrets.

You're dying Senator - - do you really want to hold onto bitterness until your last gasp?
Posted by Drake's Place at 11:30 AM