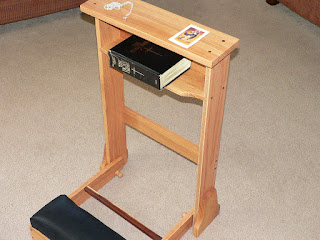 Please get out your prayer bench and join me in worshiping the wonderfulness of "celebrity" George Clooney. I use the term celebrity very loosely because referring to him as an actor makes me laugh so hard and so much that I can't type.

"I like picking fights," Clooney said, according to Entertainment Weekly.

I don't give a rip about Bannon or who hurls insults at him, be my guest. Bannon is a non-factor.

More, from the MSN story:


[Clooney said], "You know, they say I'm out of touch. You want to call me a Hollywood liberal? Come at me. I sold ladies shoes, I sold insurance door to door, I worked at an all-night liquor store, I cut tobacco for a living. I can change the fan belt on my car. I grew up in that world in Kentucky. I know every bit of that world, and I know my friends and what they believe. And I know this is not a moment in our history that we'll look back and be proud of. So if I'm not standing on the side I believe to be right, I'd be ashamed."

Please pause and thank our Almighty Creator for having blessed us with such an admirable, genuine, sincere and humble "regular guy."

Maybe, like me, you are thinking that people who work on oil rigs, and in coal mines, lumberjacks, butchers, fire-fighters, law enforcement officers, farm laborers, prison guards, roofers, railroad laborers, those serving in the Military and commercial laundry workers - to name a few - are simply awed by the incredible challenges, difficulties and hardships cLooney endured to become one of the most over-rated celebrities in history.

No one has ever worked as hard as you, George; no one.

cLooney obviously has had some of the most arduous jobs in the history of mankind. He sold ladies shoes, door-to-door insurance, worked the graveyard shift in a liquor store AND...cut tobacco for a living. I don't recall the judgmental, anti-smoking crowd chastising him for this. He aided and abetted tobacco companies. Shouldn't he be forever excoriated for this atrocity?

Any welder or mine worker, or someone who repairs heavy machinery, reading the above, must now realize just how cake their job is when compared to those of cLooney.

cLooney would still be at any one of those very tough jobs he had, but it was being the nephew  of Rosemary Clooney  that gave him the shot at fooling the public that he possesses talent and can act. His aunt had talent. He does not.


No, this isn't wealth envy or any type of jealousy on my part.

THIS is what it's about:

I don't know what year or model car he's driving...(gee, do you think he has more than one vehicle?)...but HEY...GRANDPA...NEWS FLASH...fan belts haven't been around in DECADES. Unless he's driving some retro/custom "oldies" car. 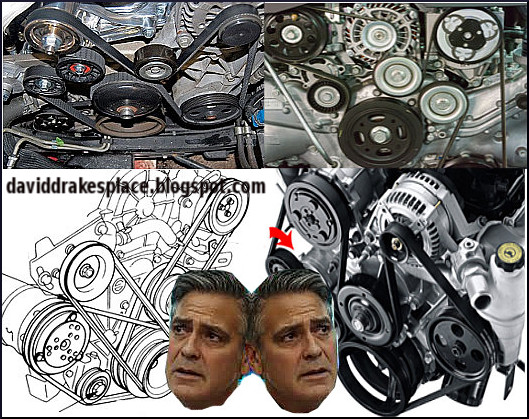 No, he can't change the fan belt on his car. Not unless it's a simple single loop belt that fits over no more than two pulleys.

Beginning in the late 1980's and early 1990's, car makers tossed the fan belt aside and serpentine belts became the norm. The first serpentine belt was used in 1979.

I defy George cLooney to change a serpentine belt, on camera, without having researched it, having instructions or someone teaching him how to do it.

I don't think cLooney could identify the oil pan if it was on his dashboard.

I'm unable to provide proper attribution to those who said the following because I've heard and read these phrases from several different sources. And they both apply to cLooney in spades:


"If you want to know what God thinks of money, look at who he gives it to."

"It's those who work the shitty jobs that keep the world running."


I don't care that he's a Liberal, and that because of who he is, he has a place on the world stage on which to pontificate.

It's that he is such a Grade A Asshole. "I like to pick fights." Does adult behavior get more infantile than that?

We'll be waiting for cLooney's press release on when he'll be changing that serpentine belt.
- - -
Additional Reading:

George Clooney loses his cool over a bad review.  Oh...that's so sad!

In an email, George Clooney says he needs, "protection from [bad reviews]."  Ohhhhh...that's the saddest of all.
Posted by Drake at 12:14 PM