Cash is the Bicycle of World Finance!

Relaxed, unhurried average reading time:  7-8m -  and I'm sorry about that. Originally this was two paragraphs and two links. It kind of took off on its own.

This is not a conspiracy. Why would anyone put 100% of their method of paying for things into one digital basket? Even more, why into cryptocurrency / digital cash? JP Morgan's Jamie Dimon says Bitcoin is a fraud that will blow up. (The Guardian, September 13, 2017).

Also dated September 13, 2017 it is again The Guardian with a fantastic article on the dangers of going cashless. And this is right in line with the Technocracy story on Global Elitists' Secret Plan for Cryptocurrency.

Some excerpts from (the second link to) The Guardian:

“Cashless society” is a euphemism for a “bank payments society”, in which every transaction must be passed through a complex of banks, card companies, phone providers and payments apps.
[.]
Ask a room of people to raise their hands if they wish to be able to use digital payment, and most will do so. But if you reframe the question as “Do you want to not have the option to use cash?” people are more hesitant. We like new options, but we don’t like having options removed.
[.]
The digital payments industry tries to cast cash as the horse-drawn carriage of payments; but cash is the bicycle, more flexible, resilient and convenient in certain settings, especially informal ones.
[.]
States having access to your payments data opens up potential for economic censorship.

[.]  Corporations too are drooling over the potential to monitor customer payment data.

How much more of your personal life do you want to voluntarily turn over to corporations? Are we not market-profiled enough already? Is it that maybe Google or Facebook doesn't know enough about you? 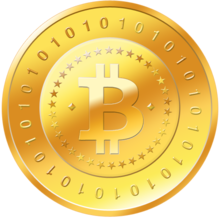 Paying with cash is always quicker. Always. We've all been there, standing in the check-out line while someone at the register keeps passing their card into the slot, it beeps, for some reason payment is being rejected.

Then comes the question everyone standing in line knew was coming from the confused (that deer-in-the-headlights look) payer, "Duhhhhhhhh, do I press 'debit' or 'credit'?"  Well, just how fucking long have you been using the card, and you still don't know which button to press, debit or credit? On the other hand, the person paying by cash is in and out for only as long as it takes to ring up the sale and make change, if required. "Next!"

The other day I linked to the Technocracy article on cryptocurrency and how it will enable Global Elitists. They're not going to limit themselves to one, single form of currency or means of exchange. But they will want the rest of the world to do so.

The Big Lie being told in trying to sell the public on government blockchains  goes something like this. GovCheck:

Blockchain is among the “next big, transformational technologies” being eyed for use by government in its ongoing quest to provide residents with easy, online access to services and transactions[.]

You caught that, right? Government blockchain control will provide citizens with easier online services and transactions.

When the government says what they're doing for us will make life easier, we can bet it will do just the opposite.

Anyone or any institution telling you blockchains are infallible is lying.

The World Economic Forum.org is lying:

The cloud-based ledger ensures that records can’t be duplicated, manipulated or faked, and increased visibility in parts of the supply chain promotes an unprecedented level of trust.

Everything above said by the WEF is a lie. Why would anyone believe the WEF? They're the United Nations of world economy. Their vested interest in blockchain is controlling all global finance.

Blockchains are considerably safer than other electronic means of transactions, but - this is a semantics thing, some people don't like to admit blockchains can be "hacked" - they can be infiltrated, compromised and falsified. Huh - sounds like "hacked" to me.

Of course vulnerabilities exist within blockchains, they're created by humans. Humans have flaws, and thus, anything created by humans will be flawed. In technology, all it takes to compromise a network is one, tiny exploitable flaw. In the time it takes you to read this post, I can assure you that MicroSoft will have issued two patches for a security flaw in one or more of its Operating Systems or for Internet Explorer.

Does the name Marcus Hutchins ring a bell? What about the name MalwareTech? He's the guy who stopped the WannaCry malware virus that attacked computer systems from Europe to the U.S. earlier this year.

Hutchins noticed the flaw; that all the WannaCry traffic was directed to an unregistered web domain. As soon as he purchased the domain - registering it as an active, "living" domain rather than the dormant domain it was - the malware was inactivated. The kill-switch was activating the domain. Pretty damn good critical thinking on his part, huh?

Some may argue it's inaccurate in comparing a viral  flaw to a blockchain flaw. Well, a flaw is a flaw. Virus, blockchain, power steering, canoe...if it's flawed, it's flawed.

This is one of the best articles (LINK RESTORED. I've LOST THE LINK, AM WORKING TO FIND IT AGAIN-DD)  that I've read on blockchains. It's a long, long  article, but it's darn good. I encourage you to do everything you can to make it through that article. It is worth downloading and reading at your leisure or to have for future referral.

The legend goes, that once a transaction is logged and completed within the blockchain (think of it as one 'cell' of many within a digital a ledger), that it cannot be modified, changed or imitated. But that's not true. A "cell" has been  retroactively changed. Or...hacked. It's much more difficult to compromise blockchain than our current technology in digital monetary security, but it's not fail-safe. Some of the more rigid and inflexible IT crowd cringe at "fail-safe", instead preferring the term "fault tolerant."

The biggest flaw - you already know this - is human fallibility. People are going to have to trust other people in any blockchain transaction. As in any situation involving humans, the degree of trustworthiness and the honesty of others always must be considered. And add human error to the list...it can't not happen. 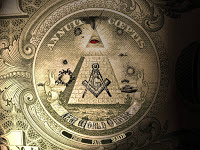 
On July 19, the DOJ under Attorney General Jeff Sessions announced the resumption of federally adopted forfeitures, whereby local and state law enforcement to use federal law to seize cash and other property from people suspected of crimes, even if they are not charged.
[.]
Deputy Attorney General Rod J. Rosenstein defended the [Asset Forfeiture) program to reporters.

“No one objects to criminals losing their ill-gotten gains from their criminal activity. The problem is that for civil forfeiture, there is no requirement that a person is charged with a crime, let alone convicted.”

Pinsker explained that prosecutors need only show it is more likely than not that the asset being seized was involved in, contributed to or acquired through criminal activity. 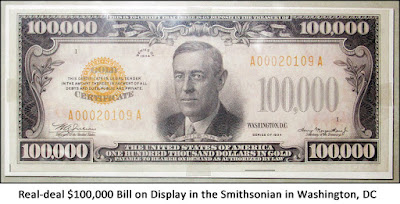 From The Sovereign Investor:


Seizures can be based on mere rumor, gossip, a police hunch, or self-serving statements from disreputable people with an axe to grind like anonymous paid informants[.]

It seems eliminating cash, and moving to only a digital form of currency, would expand the Black Market.

Will we have to depend on criminal elements and drug cartels to keep cash alive?

We've seen in movies and television a drug lord being paid by a bank-to-bank transfer or "wire". This is an entirely different animal than an electronic funds transfer (EFT) based on virtual currency.

In other words, what's being transferred isn't the dollar or the Euro or the pound. A cashless digital transfer is an amorphous exchange of a form of currency devoid of physical representation taking place in the ether .

Medium.com, writing about cryptocurrency, points to the encryption "keys" needed by the parties involved in digital currency transactions:


A private key is a tiny bit of code that is paired with [algorithms] for text encryption and decryption.
[.]
As the term suggests, private keys are intended to be secret, and is shared only with the key’s initiator, ensuring security.

Insider trading isn't supposed to happen, but it does. Why? People can't keep secrets.

A digital key "secret" code is secure only up to the point of a bribe or a criminal, embezzler or hacker threatening the other party. "We've abducted your family/son/daughter...give us the code or watch your family die." Gee, how long do you think that that code will remain "secret"?

Where, when and how this ends, I don't know. If I did, I guess I could parlay that info into becoming a wealthy man. Personally, I don't think any of the Seven Trumpets of the Book of Revelation have blown, signaling the coming of the Mark of The Beast, but who knows?

I don't know about you, but on this issue of a cashless society, if I have to depend on drug lords, cartels, criminals and hackers, I'll take any ally I can get who wants to keep the bicycle of world finance alive and well.
- - -
Although this has been proofread several times, grammar/punctuation/ typos may occur. Consult your doctor if these symptoms persist.
- - -
Grammar clarifier; fixed typo 9/15/2017
Posted by Drake's Place at 9:14 AM