A new story from ex-bartender Cortez? Claims she was raped.

TMZ: Alexandria Ocasio-Cortez Tells Crowd She Was Raped, Abortion Must be an Option.

Congresswoman Alexandria Ocasio-Cortez has made the overturning of Roe vs. Wade personal to make her point ... telling protesters in NYC she had been raped and thank God abortion was an option, although that never came to pass.
[.]
She said, "I myself, when I was about 22 or 23 years old, was raped when I was living here in New York City. I was completely alone. In fact, I felt so alone that I had to take a pregnancy test in a public bathroom in midtown Manhattan."

AOC went on ... "When I sat there waiting for what the result would be, all I could think was: Thank God I have, at least, a choice. Thank God I could, at least, have the freedom to choose my destiny. I didn't know then, as I was waiting, that it would come up negative[.]"

I searched, couldn't find anything from her from the past of this new rape story.

Who uses this language of, "I, myself...."  To me, that sounds like someone premeditating, "I'm about to tell a mistruth so I have to tee it up good."

Wouldn't you know your exact age if you were raped, or attacked or some how assaulted, and other factors of such a horrific incident? The day, the time, the weather? Okay, yes, trauma blunting out recollection. But of your exact age...you don't remember?

Not buying her story. 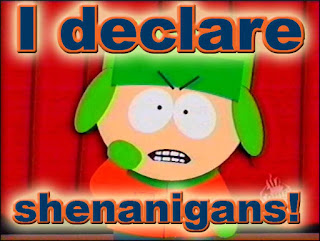 Please drop a comment if she's ever told this story before. If it's true, it's terrible and I'll be happy to retract my opinion that she's just making up a story for the Liberal Narrative. My searches yielded no results of her telling this story in the past.

Total effing BS! But then again, when has a Demoncrat ever told the truth?

She is a liberal democrat, as soon as she opens her eyes and her mouth first thing in the morning, you just know she is lying. They know no other way. Yes, the phrasing and syntax is telling. Had she been in one of my therapy sessions I would have considered her confabulation (lying) and so noted on her chart.

Sarthurk, Even when they're dead they lie.
Haven't heard from you in a while. Hope all is well.

Cederq, Confabulation is the perfect word, thank you. I'd maybe eventually had thought of it, maybe half way thru coffee pot 2. :)