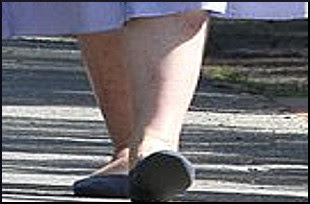 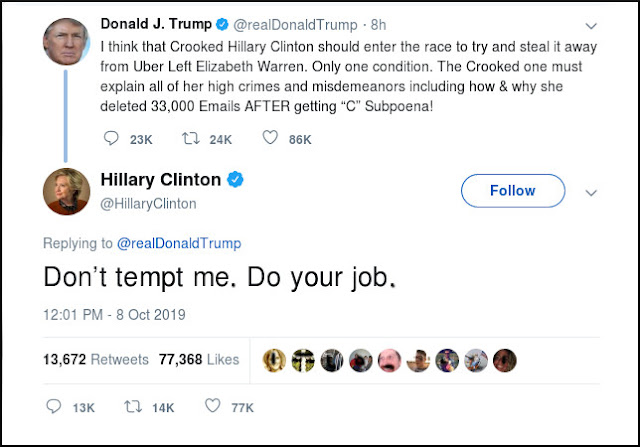 National Interest: Hillary to Trump: 'Don't Tempt Me' to Run Again in 2020.

Trump tweeted Tuesday that “Crooked Hillary Clinton” should join the race “to try and steal it away from Uber Left Elizabeth Warren.” He added that she could only re-enter after explaining “her high crimes and misdemeanors,” including “how & why she deleted 33,000 Email AFTER getting ‘C’ Subpoena!”

Clinton responded to Trump’s invite on Twitter later in the day, writing “Don’t tempt me.” 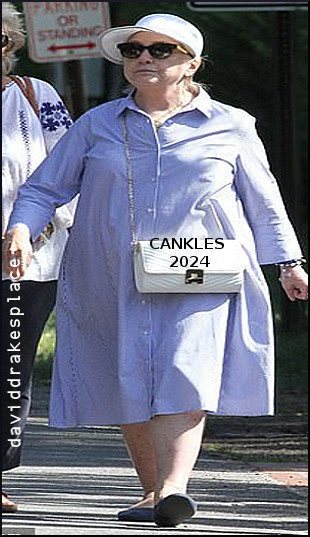 Cankles needs to figure out a way to flush Liz Warren's candidacy down the drain. Then, she's In. She's already given Bernie a heart attack. And who do you think is behind the dirt-dump on the Bidens and Ukraine? The Clintons. They spent decades collecting dirt on everyone. They didn't do this for all those years and just decide to now stop and step out of the limelight.

The MSM won't bring up her mental health instability of throwing ash trays and plates at Bill. Or her abusive and violent behavior of her staff.