Agents on Saturday found 254 lbs (114kg) of fentanyl, as well as 395 lbs of methamphetamine in a lorry at an official US-Mexico border crossing.

A "false floor" was found in the produce truck, said Michael Humphries[.]
[.]
...the cargo of fentanyl had an approximate black market value of $3.5m (£2.6m) and is considered so deadly that even a few salt-sized grains of it could kill a person.


Consumer Affairs Victoria took Mr Xu, 59, from Clayton, to court for selling the permanently banned "combustible" candles whose batteries are also at risk of exploding in its smouldering ruins and a range of other products after warnings they did not meet Australian safety standards.

Watch the video at the link. Not to miss!
- - -
EURO News: OPEC cuts back production, price increases.


The 14-member Organization of the Petroleum Exporting Countries pumped 30.98 million barrels per day (bpd) in January, a Reuters survey showed, down 890,000 bpd from December and the largest month-on-month drop since January 2017.

Hit the link, watch the video. Breath in, breath out.
- - -
The Star: Snakes seeking refuge in toilets due to Australia's heatwave.


Last week, [Luke Huntley, a snake catcher in Queensland]  removed a seven-foot python that had slithered into an open door and climbed into the shower not only to escape the heat but also to find water. Days earlier, he pulled a small tree snake that had coiled in another homeowner’s toilet bowl.

- - -
From snakes in toilets to, sort of, the Royal Family. What a perfect segue. 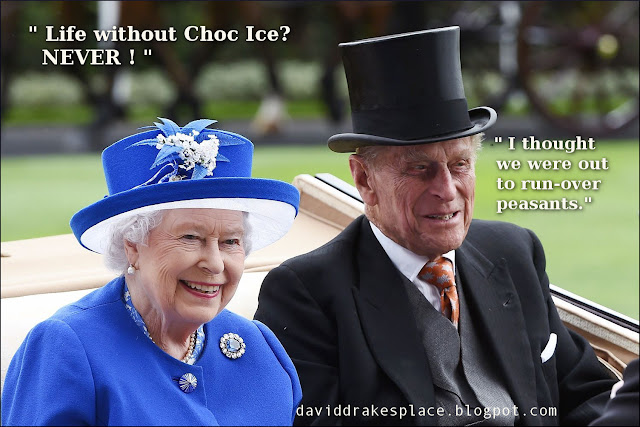 The Irish Times: Stockpiles of Magnums in case of no-deal Brexit. (Magnums the vanilla chocolate ice cream bars, not the condoms).

Unilever is stockpiling ice creams in Britain and deodorants in continental Europe to guard against potential supply disruptions in the event of a no-deal Brexit.

The Anglo-Dutch consumer giant, which is the world’s largest ice cream seller, makes British favourites like Magnum bars in Italy and Germany, and is building up a few weeks of extra inventory in Britain in case of any border delays.

Likewise, several of its European deodorants, including Axe, Dove and Rexona, are made in Britain.