These retaliatory actions are a response to what the Obama Administration and several U.S. intelligence agencies say was Russia meddling and, perhaps hacking by the Russian government, that affected the U.S. Presidential race that elected Donald Trump.

"The Russian government, and especially Vladimir Putin, will see retaliation by the United States," said Obama.  "We will not tolerate any interference by any government that attempts to influence any U.S. election, but especially our presidential election."


Obama continued, "we are already in the process of advising Russian diplomats in the United States that they must leave the country within the next seventy-two hours."

The president continued to define other actions that his administration will take in the upcoming weeks against the Russian government.

"Make no mistake about this, we are responding to the Russian government with penalties that will severely impact our relationship with Russia and one that sends a clear message that not only are we serious about this matter, but also one that shows the world that the United States will not be intimidated or bullied by other countries," said Obama.


Obama, speaking to the White House Press Corps, stated, "immediately, anyone of Russian descent residing in the United States is forbidden from buying potatoes.  It is now against the law for any theatrical company, professional or amateur, to perform the play "Uncle Vanya".  This applies to theater productions, television, movies and any other pictorial representation of the play."

The press corp, in unison, reacted to these announcements with audible gasps.

"These are not the only actions we will take," said Obama.  "Going forward, Mr. Putin will - in all matters of the United States, by all government employees and in all government documents - will be officially referred to as 'Mister Potato Head'", said Obama.


"While the United States is taking other actions against Russia that we will not be making public, I can say that, as president, today I will be signing an Executive Order requiring U.S. map maker manufacturers to eliminate the entire representation of Russia on all future maps."  Obama continued, " Instead, on the maps, that area of land will simply be referred to as 'Candy Land' the classic children's board game."

"This Executive Order also states that internet maps by companies like Google, Map Quest and others delete Russia from their internet maps and replace that geographical area with a pictorial representation of the children's game 'Candy Land'."

Posted by Drake at 3:01 PM No comments: Links to this post

I'm sure you've heard the news that singer George Michael was found dead on Christmas Day.  What many didn't know is about his generosity and philanthropy,  which he preferred to keep anonymous.

The guy had a great voice and a knack for music and hits that were somewhat, musically, unconventional for their time, but that re-directed the trend of the time into new and different areas.

"Freedom"......One of, I think, his better tracks...nuanced and textured, layered.  Excellent.

Castro, a ruthless and oppressive dictator who ruled Cuba for decades, died November 25 and is  bravely battling death since then.

The Cuban government released the statement that, "Fidel is fighting courageously and bravely against death.  He remains 'heroically dead'."

Fearing for their personal safety and the safety of their families, anonymous sources say they have their doubts that Castro will remain dead.  They say they speculate and question the sincerity and finality of the death of the cigar-chomping Socialist.

Rumors persist that people have heard Castro say,  "I am dead. I plan to remain dead. I don't know why anyone doubts me." 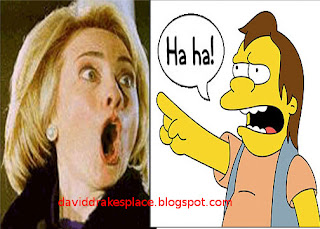 It's official.  The Electoral College has voted and the final results according to al-Reuters is Trump with 304 Electoral votes and Clinton with 227.

And yes, I most certainly am GLOATING!  I'm gloating like any Democrat would be gloating had Clinton won.

Hillary Clinton lost for two reasons, and two reasons only, and neither of them have to do with "Russian" hacking or hacking or election tampering of any other kind.

Hillary Clinton lost because of who she is and what she represents (when she's not flip-flopping and changes positions based on popular opinion) and she lost because Liberalism is in a complete and total downfall.

There is NOTHING wrong with gloating.  Liberals do it ALL THE TIME.  And there is nothing wrong with having ZERO SYMPATHY for the infantile whining of The Left because they lost the White House, they lost seats in the House and Senate and they are a minority as governors of state.

Roads Have Cut Up The Earth

Those notorious roads and highways, damn them, have cut up the earth!  Surely this is eco-terrorism at its worst!


The tens of millions of miles of roads that traverse the planet have chopped the Earth’s once interconnected ecosystems into more than 600,000 separate patches.

The full story is HERE. 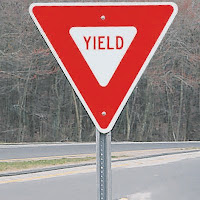 I Hacked The Presidential Election

I did it. I hacked the Presidential Election.

It was me, David Drake.

I hacked the U.S. Presidential Election.

Two Days Before the Day After Tomorrow.
Posted by Drake at 1:30 PM No comments:

Hillary's Presidential Campaign resulted not in a
loss, but in "a successful failure."


It appears some Hillary Clinton supporters still haven’t accepted that she lost the election. Here's an example: Sirius XM radio host Mark Thompson joined an MSNBC panel Saturday to provide liberal spin on the results of the presidential race.

“We talked about sore winners in the earlier segment. We really didn’t lose. This was sort of a successful failure,” he said of Clinton's loss.

Ummmm, no, the majority of Americans did not vote for Democrat candidates. The Republican majority in both House and Senate, and the White House, prove that - while yes, there were those who voted for Democrat Senators and House of Representatives - the election message sent was one of that that had had it with free reign Liberalism under the Obama Administration, and to some degree, the liberalism of big-time spenders with the George W. Bush presidency.  He spent money as quickly as do the Libs.

How much has anyone seen or heard from Hillary Clinton in recent days?  Do you think she's curled up on a couch with a blanket and a bottle of Wild Turkey with several empty "soldiers" on the coffee table?  Is she locked in a padded cell for her own protection?

She can't possible run again in 2016, 2020 -- she'd be around 74 years old.  And that, according to the Left is far too old as they evidenced by making a point of the presidential candidacy of John McCain who, at the time, was 70.

Of course, drooling and sputtering and the tangential ramblings of a 74 year old Bernie Sanders was perfectly acceptable, because of his far reach Socialism politics and its embracing by the large group of unthinking youths who comprised his base.

Trump Will Not Be Denied His Presidency

Sorry to inform all of you Trump haters, and haters and crybabies are truly what you are - not to mention sore losers - but none of the recounts in Wisconsin, Michigan and Pennsylvania will change the election results.

If Trump were to keep Pennsylvania but somehow lose the Wisconsin ten electoral votes - again, highly unlikely - and keep Michigan, he still wins with 280 electoral votes.

The only way the presidential election can be thrown into a constitutional crisis is for Trump to be denied the electoral votes of all three states: Wisconsin, Michigan and Pennsylvania.  This is not going to happen.

Or, for a significant number electorates to change their vote from Trump to someone else. Go ahead and hold your collective breath on this, Libs, so we can watch your face turn blue and you lose consciousness.

It will take thirty-seven electors to not cast their vote for Trump in order to bring his electoral number to 269. This simply won't happen.

Nevada jumped on the bandwagon for a recount as well.

The recount was requested by Roque "Rocky" De La Fuente, an independent candidate for president who finished with fewer than 1% of the votes in Nevada.


De La Fuente said in a news release that the recount was to "balance out" other recounts in Midwestern states won by President-elect Donald Trump. De La Fuente's campaign did not respond to a request for a comment about the recount.


....[to] " balance out.."   whhhhhaaaaaaaaaaaaaaaaaaaaat?   His justification makes no sense; it is an unintelligible statement.

Not to be sitting out the ball game, Florida is attempting a long-shot for a recount.

If the Democrats could, somehow conceive flipping all three states of Michigan, Wisconsin and Pennsylvania, Hillary Clinton with 232 electoral votes would have a total of 278 electoral votes. This scenario just ain't going to happen.

For all you Libs who want eliminate the Electoral College in favor of the popular vote, consider the following.

Hillary won in California, Illinois and New York which gives her a combined vote total of about 5.8 million votes base on Real Clear Politics numbers for votes by state.

Libs...I encourage you to act and do as you are currently doing and do so in the future.  You are alienating more people from your party than gaining more followers or new joiners.

Please keep cannibalizing yourselves, Libs...it's such a great spectator sport.
Posted by Drake at 4:18 PM No comments:

TV host David Pakman says he was told by a high level source that 15 electors in states Trump won will refuse to vote for Donald Trump.

Pakman went on to say that the electors are also lobbying other members of the electoral college to not vote for Trump.

The goal is to prevent Trump from getting the 270 electoral votes he requires to become president.

If Trump loses 37 electoral votes, it will put him under the 270 benchmark and throw America into a constitutional crisis.


Full story here.
Posted by Drake at 2:51 PM No comments: