Members of the Sackler family, particularly Richard Sackler, aggressively pushed for extreme sales figures—and profits—which they accomplished in part by bullying their sales representatives; targeting vulnerable patients, such as the elderly and veterans; suggesting that the addictive opioid was an alternative to safe medications like Tylenol; and encouraging doctors to write longer and higher dose prescriptions, according to the lawsuit.


The test involved a doctor in the southeastern province of Fujian removing the liver of a laboratory test animal at a remote location. The doctor performed the surgery by controlling robotic surgical arms over a 5G connection.


"The Government may not compel or otherwise utilize fingers, thumbs, facial recognition, optical/iris, or any other biometric feature to unlock electronic devices," Magistrate Judge Kandis A. Westmore wrote in an opinion for the U.S. District Court for Northern California.
[.]
Passcodes used to unlock devices already are protected by the Fifth Amendment, which prevents the government from forcing people to testify against themselves, she explained.
[.]
"The judge rightly recognized that traditional constitutional principles must be adapted as technology changes in order to preserve privacy and other rights ensured by the Fourth and Fifth Amendments," [said Alan Butler, senior counsel with the Electronic Privacy Information Center].

- - -
Tech Crunch: Building a Chevy Silverado out of Legos. Or watch below.


Increased customer demand and rising competition have finally pushed Ford to announce the development of an electric version of the world and America’s best-selling truck: the F-150 pickup.


The social network will start rolling "Community Actions" out to its US users on Monday.

- - -
Beta News: Win 10 built-in screen recorder you might not know about.


You didn't know that Windows 10 could record videos of on-screen activity? You're not alone. The screen recorder is built into the Game bar and you may well not have seen it.


Alexander Zhukov had been extradited on January 18 and was being held in a jail in Brooklyn, New York.
[.]
Zhukov is one of eight people, most of them Russian, indicted in November for creating fake advertising schemes through remote data centres and malware-infected computer networks. 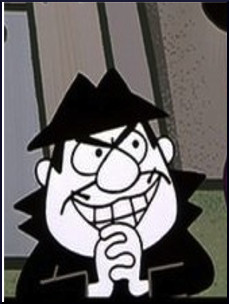