It's entertaining to hear a Billionaire like Mikey Bloomberg whine. He dislikes the idea of former Starbuck's CEO Howard Schultz running as in Independent for president in 2020.

The most bestest line from Mikey is...

Ha! He's a lifelong, hardcore Lib who changed to Indie because he knew he'd never get an endorsement from the Dems in his NY mayoral runs.

Now he's whining about Schultz running as an Indie when he, Bloom-a-berg, is thinking about running for prez in 2020. Mikey thinks if he got the nod as the Dem prez candidate, why...an Indie run by someone like Schultz would drain votes away from him! Why, how DARE Schutlz!

Oh. That's. So. Sad. Widdle Mikey Bloomberg has a champagne problem with Schultz considering an Indie run for prez. If only we all had Bloomberg's "problems".

Considering how often Dems express their loathing the rich, especially the really rich rich, they sure manage to attract a beloved share of millionaires they're willing to support in presidential elections. Bloomberg's presidential run would fool no one except those who desire being fooled. Bloomberg...another old rich white guy. No hypocrisy here...move along. 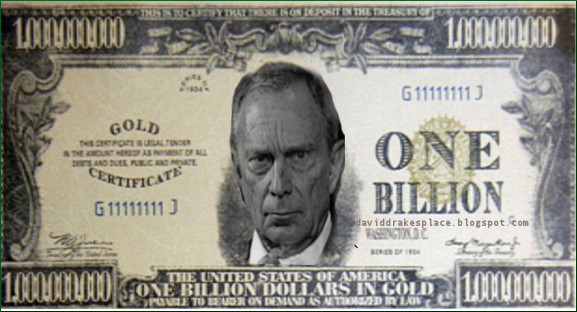