Chicago Tribune: A 13-year-old northwestern Wisconsin girl who went missing in October after her parents were killed has been found alive, authorities said Thursday.


The Barron County Sheriff's Department said on its Facebook page that Jayme Closs has been located and that a suspect was taken into custody.

Sheriff Chris Fitzgerald said the sheriff's office in Douglas County, about 70 miles north of Barron County, located the girl. A suspect was apprehended a short time later. The statement did not say where Jayme was found or give any further information about the suspect.
[.]
Jayme Closs has been missing since her parents, James and Denise Closs, were found shot to death Oct. 15 in the family's home near Barron.


[Jayme’s grandfather, Robert Naiberg, said late Thursday], “All I know is that they got her and that they’re checking her out at a hospital. She’ll be reunited with some family members after that.

“I’m going to hug her. Squeeze her,” Naiberg said, his voice cracking.

"There were days when it was hard to hold onto hope. I’ve been in the dumpster for three months,” he said.

Full details have not yet been released. Local news is saying Miss Closs was running alone down a road or street and saw a lady and asked her for help. Miss Closs reportedly told the lady she had "been kidnapped after they killed my parents."


A suspect was taken into custody at 4:54 p.m., also in Gordon. Barron County Sheriff Chris Fitzgerald told FOX 9 he believes more people may be involved. The Closs family was told the name of the suspect, but they did not know them. 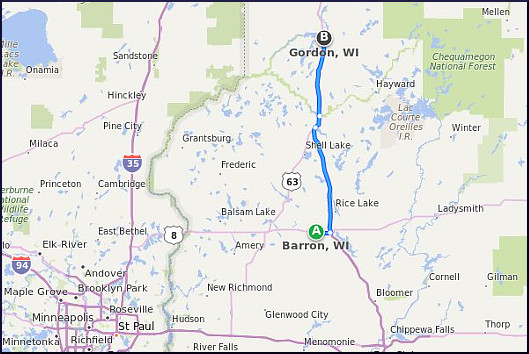