..the tech giant confirmed when a customer uses Google Local Services to call and connect with a business, the number listed is not the business’ contact but rather a dummy Google number that routes callers to the business.

Before customers are connected with business, they are informed that all calls are recorded.

You consented to this. This was likely all spelled out in your brief, clear, concise User Agreement, which of course, you read. Right?
- - -
Mobile Syrup: U.S. makes formal demand for Huawei extradition.


China demanded the U.S. drop the [extradition] request and blamed Washington for damaging its relationship with Canada.


The UK, Canada, the Czech Republic, Norway, and Japan are all reportedly reconsidering their relationships with Huawei as well.
[.]
"These Huawei problems have been bubbling under the surface for quite a few years," telecom industry analyst Jeff Kagan says. "Now they are at a rapid boil, and there is no hiding from it. And this rapid boil is only going to get worse."
[.]
In a rare press conference Tuesday, Huawei founder Ren Zhengfei said the company doesn't spy on behalf of the Chinese government. "I support the Communist Party of China, but I will never do anything to harm any other nation," Ren said[.]

2019 will probably be a bunch of variations of last years. Take a moment to read the story.
- - -
ZD Net: Online casino dumps massive data.


An online casino group has leaked information on over 108 million bets, including details about customers' personal information, deposits, and withdrawals[.]
[.]
The data leaked from an ElasticSearch server that was left exposed online without a password[.]

Oh-oh-ooooooh...did you hear the "snap" of wedded bliss ("No honey, I told you I quit online gambling long ago."), and the New Hiring announcement for IT at ElasticSearch?
- - -
Geek: Watch the Moose chase the snowboarders. 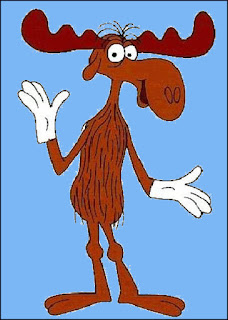 “Marty” is a limited-purpose robot but will still replace a number of entry-level jobs that are so important for teenagers just entering the workforce[.]


Security researchers have been warning for years that ALPR devices are exposed and all too often accessible from the internet. The Electronic Frontier Foundation found in 2015 dozens of exposed devices in its own investigation not long after Boston’s entire ALPR network was found exposed, thanks to a server security lapse.

But in the three years past, little has changed.

The story notes that, no big surprise here, police departments are failing to change the manufacturer's default password that comes with the product. WTF? Change the DEFAULT PASSWORD! What are the paid IT employess who work in law enforcement doing with their time?
- - -
Tech Spot: Oh....this is hot! Watch the making of a graphics card.


Most consumers are oblivious to the herculean efforts that go into hardware production. Robots and humans must work in perfect harmony to get the job done on time while minimizing mistakes. If you've never seen a production line in action, it's quite fascinating.