Newshub journalist asks vegans a simple question. At first the comments were helpful. Then, things turned. Hint: Not for the better. 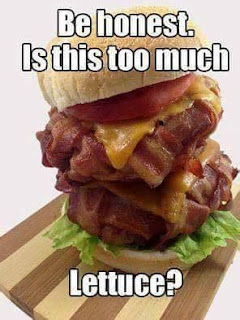 Newshub: I asked vegans a simple question. This is the response I got.

I assumed I would be able to ask my seemingly innocent question without getting attacked. I was very wrong.
[.]
But soon enough, the nasty comments started rolling in.
[.]
Within an hour, the suspicion had turned into judgments. People were accusing me of creating drama.

"You've been offered the truth. Now will you skew it, I wonder?" one person wrote.

Another person questioned my journalistic integrity.
[.]
My posts spiralled [sic] out of control without me even engaging in them, and I managed to get kicked out of two of the three groups I had reached out to.

Vegans complain that they are stereotyped for being too preachy and self-righteous, but I had just been bullied by at least 50 people who didn't know me from a piece of tofu, after I turned to them for advice.

-
Newshub Archived
Posted by Drake's Place at 4:02 AM