A fine example of Full Circle Liberalism, aka Socialism 360°. How I love stories like these...


Some possible changes could be coming to an age-old part of Uptown Minneapolis. Plans from the Park Board could potentially reduce the amount of parking on part of the plaza.
[.]
For more than a century, the Uptown Mall has been a shady oasis in one of the most densely-populated neighborhoods in the city.

Some neighbors worry possible changes to the park could cause it to lose its character.

“This is like going to St. Anthony Main and ripping up all the bricks,” said Uptown resident Steven Taylor. “Uptown doesn’t want that.”

Last spring, the Park Board released a new design to update the median between Hennepin Avenue and East lake of the Isles Parkway that would include a new plaza and play area by the Walker Library, a connection to the Midtown Greenway and community and rain gardens.

Park Board officials say a Community Advisory Committee is also considering getting rid of the streets in the two blocks closest to Lake of the Isles and turning them into green space for multi-use fields and a sand volleyball court.

“It was quite shocking for the community to hear about,” said East Isles Residents Assocation Ellen Van Iwaarden. (GASP! The Progs were shocked! Triggered! They didn't see it coming. - DD)

The East Isles Residents Association says neighbors are split on the possible plans for the park.

“There are some people who are absolutely for it, who think we shouldn’t be designing our parks around cars,” Van Iwaarden said. “But there are many who live in the apartments and park there.”

Nobody wants to tarnish one of the city’s hidden gems. 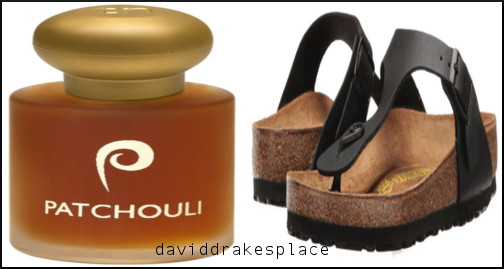 Understand this geographic area is a textbook definition of Progressivism.

Renovation? Heck yes, DO IT! I have suggestions:

* Add a 24/7 bus line or light rail service.
* Add several pedestrian bridges, whether they're needed or not.
* A couple of amphitheaters. Why have only one?
* Since Minneapolis has a large homeless population, add several affordable-housing-in-a-box projects. Make them real tall and narrow buildings with the first level being zoned for commercial use. Dig deep underground parking facilities that will take years to complete. The benefits outweigh any short-term delays, don't they?
* Eliminate all vehicles and build several lanes for bicycles, skateboarding, scooters, roller-blading and unicorns.
* Design a costly, grand, obtuse, central-theme artwork. Maybe a gigantic, Plexiglas nonagon filled with liquid that glows or changes colors similar to a lava-lamp!
* Designate the renovated area a Gun Free Zone so no crime or vandalism will occur there, ever.
* Make all activities free; no-charge. Everything is Free! Always!

How is all this funded and paid for? Why ask such an unrelated and offensive question. Are you some Fascist Luddite who hates progress and development?

See, in the long run, the above will save so much money, it will pay for itself. A government or quasi-government bureaucracy that accurately predicts future tax revenue will say so, and projected revenue and savings are never wrong. Any financial burden by - say, taxpayers - will be short-lived. Besides, taxpayers have LOTS of money. Lots and Lots of it.

The benefits of renovating the Uptown Mall area? Beneficial to everyone, it will be a happy place where everyone is welcome.

Somewhere, hidden in all this renovation plan, there must be the belief that promotes this plan fights global warming global cooling climate change. How could anyone be against that?

DO IT! Make the renovation happen. Make the plan Grand and Bold! I'm all for it!

Full Circle Liberalism hits and so many NIMBYS start whining? This is the mystery of life. It's time to do your part, Uptown. Cars and parking are bad for the environment. Volleyball courts and green spaces are better for the environment!

Losing character and tarnishing gems, hidden or otherwise, is what Liberalism does best. Somehow, Liberals dislike living with it, though they expect - née demand - it from others.

We should probably doxx everyone who even slightly voices any opposition to this planned Uptown renovation.
-
FOX 9 KMSP Archived
Posted by Drake at 10:56 PM