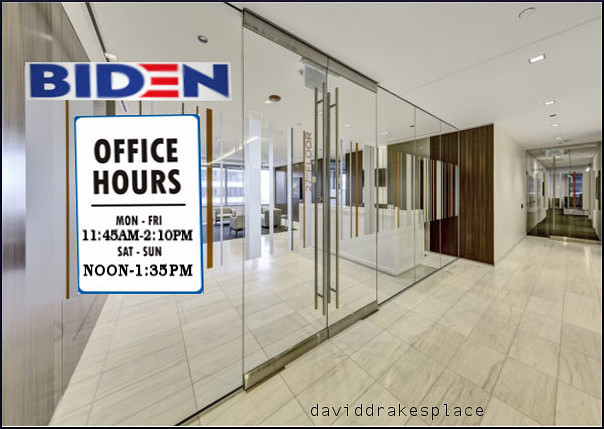 Allies to Joe Biden have suggested to the former vice president’s 2020 presidential campaign that he scale back his schedule to limit his gaffes.

The allies have become increasing uneasy about the candidate’s gaffes, the Hill reported Thursday. They said Biden, 76, tends to make the flubs later in the day during longer campaign swings. They have floated giving the candidate more down time as the race for the Democratic nomination is set to heat up in the coming months.

Joe The Gaffe Machine. The Best Is Yet to Come.
-
Washington Examiner Archived
Posted by Drake's Place at 6:34 AM