Gov. Tim Walz says he’s fed up with Senate Republicans’ blockade of his proposed 20-cent per gallon gas tax increase, so he’s taking the argument to their districts.
[.]
...the Democratic governor gazed into a giant pothole on Highway 47 in Anoka – a construction flagger held up traffic so he could do it – and said the real problem on that road was one of Minnesota’s most dangerous railroad crossings.
[.]
..."I am done trying to watch somebody jam an ideological peg into what is truly a practical situation that needs to be solved,” Walz said during a news conference in Anoka. 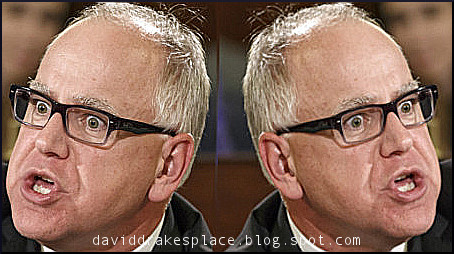 Well over a billion dollars, and then some, was allocated in 2018 for existing, ongoing and new road and transportation projects.

I don't know where to begin.

*  What the hell was going on, then, for the past eight years under previous DEM Gov. Richie Rich? He was all "we need to fix our roads" and to repeat, he just finished two, four-year terms. Between having back surgeries, pretending to be an "average guy" who enjoys fishing and passing out "fainting" during a State of the State Address. Dayton Rich didn't get his way with upping the gas tax. He put it behind him and moved on. Walz needs to do the same.

*  "...the Democratic governor gazed into a giant pothole."  I'm attempting to exercise some diplomacy here, but WTF? Walz's Wiki bio says he was born in Nebraska. Married in 1994. Didn't see anything about WHEN he moved to Minnesota. But he's never seen a fucking POT HOLE before? He allegedly lives here, represented Minnesota in the U.S. Congress, claims he's familiar with the Midwest, and he's never seen a pot hole? Nebraska, what did Minnesota do to you that you inflict this guy on us?

I already miss Richie Rich. Walz has been in office for about three months and he's already been in front of a camera more than eight years of Richie. Listening to Rich, on camera or speaking publicly, was at least enjoyable because you didn't really have any idea what he was talking about or saying. That's because he didn't know either. And his slurring manner of speech and deer-in-the-headlights look is always entertaining. Walz? He whines like a little bitch Lib. He told everyone, as a candidate, he'd push for increasing the gas tax. I'll give him a passing grade on honesty on this one item.


Senate Republicans have dismissed the notion of raising the gas tax as a non-starter, especially with a $1.5 billion surplus.

Yeah, MN Repubs, please DON'T FOLD ON THIS! Keep your spines in place and deny Walz his gas tax increase and his other grandiose plans he desires at the expense of taxpayers. 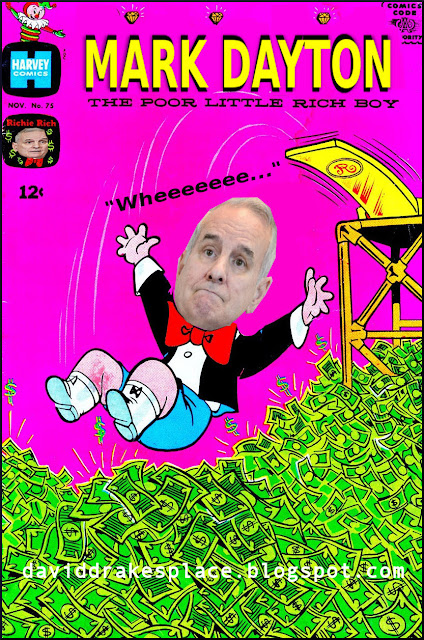