Last week I heard a short audio clip of this on Glenn Beck's program. I wasn't sure what Beck was discussing or what the audio clip represented. Earlier today, I found the video clip at @RealJamesWoods Twitter.

Note the deranged, zombie-like look in eyes of the woman on the left (after you stop staring at her tits...)

I hope these two took their own advice and did not procreate. "That's true...that's so true."

In an unconfirmed news report:  Two unidentified brains in jars mysteriously appeared out of nowhere on a shelf in a science lab. Authorities advise they are not interested in seeking the previous owners and there is no need for the public to be alarmed or concerned. "That's true...that's so true." 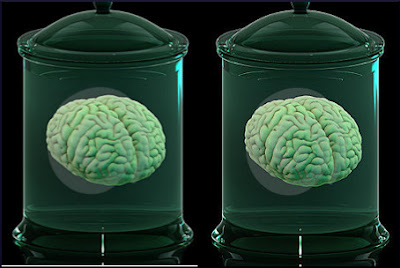