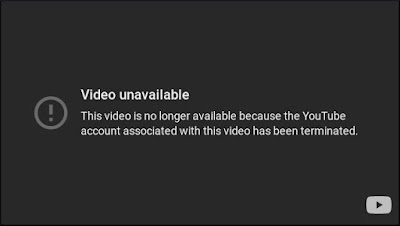 Two conservative outlets have complained that their livestreams of the Senate impeachment trial have been taken down —for no apparent reason.

Judicial Watch’s president, Tom Fitton, noted that the organization’s livestream of the impeachment trial was halted mid-stream. YouTube claimed that the stream was “violating ‘community standards,’” according to Fitton’s Jan. 21 tweet. While the stream still remains on Judicial Watch’s feed, it was not allowed to continue.
[.]
Right Side Broadcasting Network (RSBN) also tweeted that its livestream had been interrupted as well. At 3:54:41 in the video, the content ceased to stream.

Both of these streams simply followed the Jan. 21 Senate Impeachment Trial as it was happening.

YouTube’s “Restrictions on live streaming” states that “live streaming ability” would be shut off if a channel had a “Community Guidelines” strike, if the content had been blocked around the world, if there was a copyright takedown notice, or if it matched another copyrighted live broadcast. But none of these rules appear to have applied to the simple livestream of impeachment.

Find an alternative video host other than You Tube. There are many choices.
-
News Busters Archived
Posted by Drake at 1:24 AM