Hulu Hillary Documentary. And then, her candidacy? 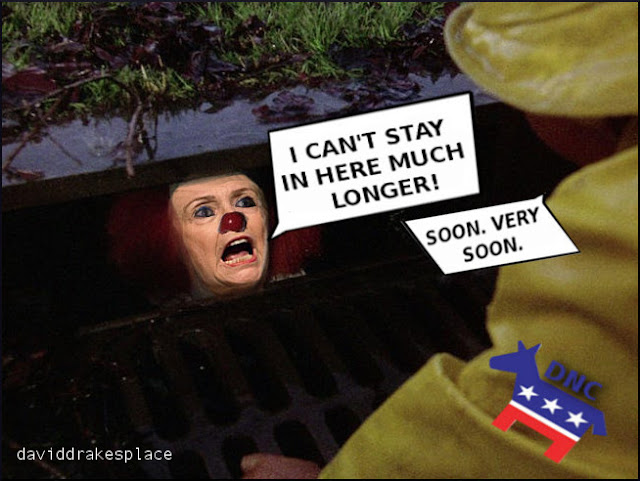 She reflected on the public's perception of her career and life, dealt with in "Hillary," which is directed by Nanette Burstein and based on 35 hours of interviews with Clinton. (And water-boarding is defined as "torture"? Can you imagine being on crew, or...the film editor? - DD)

"I didn't do a good enough job to break through a lot of the perceptions that were out there," she said. "It was quite common (No it wasn't. - DD) for people who knew me … to shake their heads at the way I was portrayed." (Awwwww...The horror and indignity of it all; dirty deeds from the Vast Right Wing Conspiracy. - DD)

And while she would "blow it off, brush it off," she said, "perhaps I could have and should have found ways to better present myself and deal with misperceptions that were out there," she said.

Yeah, Hillary's problem are the "misperceptions" about her. We don't know who she really is. We just don't know the real, loving, caring, wholesome, altruistic, ethical, moral, deeply faith-based Hillary. Lawdy, Lawday! The Hulu doc will change all of our minds and we'll recognize ourselves for the deplorables that we are. Has any other woman in history - ever - been so wronged?

She's running. She's waiting for the current DEM clown candidates to destroy each other and then...she steps out from behind the curtain. Or, there's always Jimmy Carter!
-
USA MacPaper Archived
Posted by Drake's Place at 2:41 AM