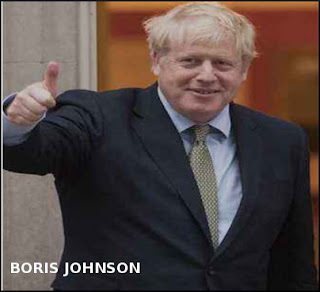 The UK has officially left the European Union after 47 years of membership - and more than three years after it voted to do so in a referendum.

The historic moment, which happened at 23:00 GMT, was marked by both celebrations and anti-Brexit protests.

Candlelit vigils were held in Scotland, which voted to stay in the EU, while Brexiteers partied in London's Parliament Square.

Boris Johnson has vowed to bring the country together and "take us forward".
[.]
Britain joined what was then European Economic Community on 1 January, 1973, at the third attempt. Two years later the country voted by an overwhelming majority to remain in the bloc in the first nationwide referendum.

Conservative Prime Minister David Cameron held another referendum in June 2016, amid growing pressure from his own MPs and Nigel Farage's UK Independence Party.

Mr Cameron led the campaign to stay in the EU but lost by the narrow margin of 52% to 48% to the Leave campaign, fronted by fellow Conservative Boris Johnson.

Mr Cameron's successor as prime minister, Theresa May, repeatedly failed to get her version of an EU withdrawal agreement passed by Parliament and was replaced by Mr Johnson, who also failed to get his plans through.

Mr Johnson managed to secure an early general election in December last year, which he won with an 80 seat majority, on a promise to "get Brexit done".

[.] Most EU laws will continue to be in force - including the free movement of people - until 31 December, when the transition period comes to an end.

Wade, Absolutely good for the UK to get out of the EU. The EU was, and remains, a fustercluck from its inception. And yes, they need their version of 2A.
Great to hear from you, thanks for dropping over. Take care.