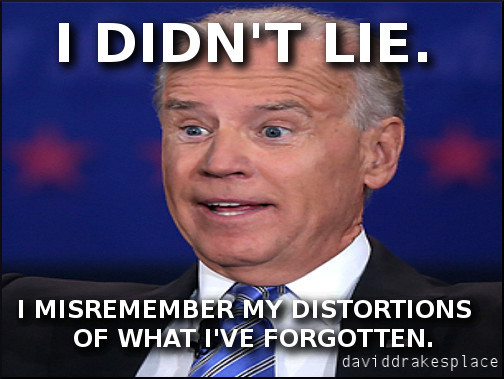 Hit the Brietbart link. It's a good, detailed story.

Biden somehow doesn't think anyone, anywhere, has the ability to recall what he's said - on the record - in the past and compare it it with his recent pandering and his unsuccessful, numerous fails in revisionism.