[I]f you want a vision of the future YouTube is midwifing, imagine a cherubic white girl mocking Islamic dress while lecturing her hundreds of thousands of followers about Muslim “rape gangs,” social justice “homos,” and the evils wrought by George Soros — under the thin guise of edgy internet comedy, forever.

The video is called "Be Not Afraid"[.]

"The future vision You Tube is midwifing"? I wonder how long it took him to think of that sentence. I bet Bernstein felt really clever after composing it. Or he stole borrowed the line from elsewhere.

"Edgy internet comedy"? Damn straight! "Thin guise"? Not a bit. It's right in your face, which baffles Bernstein and explains why he doesn't get it. Other Libs won't get it either. Soph's videos deviate beyond their Myopic Stolid Narrative.

Bernstein also rants over You Tube as a platform catering to exploiters of right-wing extremism. I'm still laughing at that one. Social Media platforms are purging conservative voices one after the other, as quickly as they can, and YouTube is following right in step with FB, Twitter, IGram, WordPress and others.

Bernstein makes fun of Soph's dental braces and her manner of speaking. Attacking a child on their appearance is so manly. Bernstein must be proud of himself. Maybe next he'll attack an autistic child, or a child confined to a wheel chair, that he sees who's wearing a MAGA cap.

If Soph's message was instead the horrors of climate change global warming, or she espoused the tactics of AntiFa, he'd be fawning all over her.

What is it with Bernstein, DEM Brian Sims and other Liberal 'Adult' Men who pick on children?

Here's where to find Soph's You Tube Videos. Delicate Liberals should not view them. Some material could be offensive (GASP!) And we all know Libs never get over anything they consider offensive. You may want to download and save some the vids too. No telling what may happen in the future for her channel. 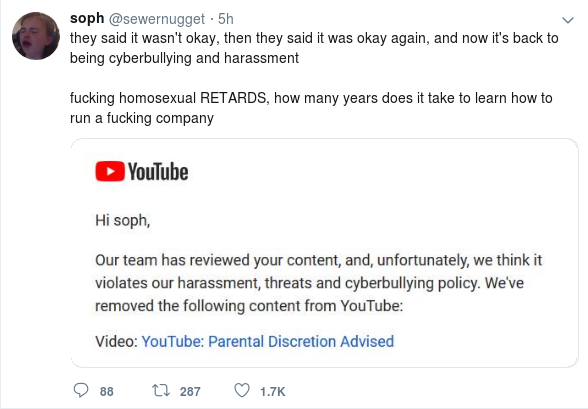 The kid has a great sense of humor; Anti-Soph Shill Bingo: 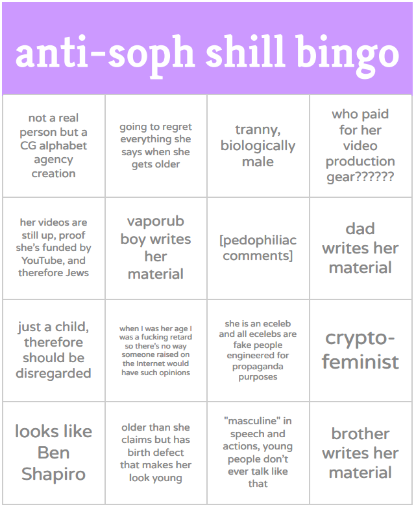 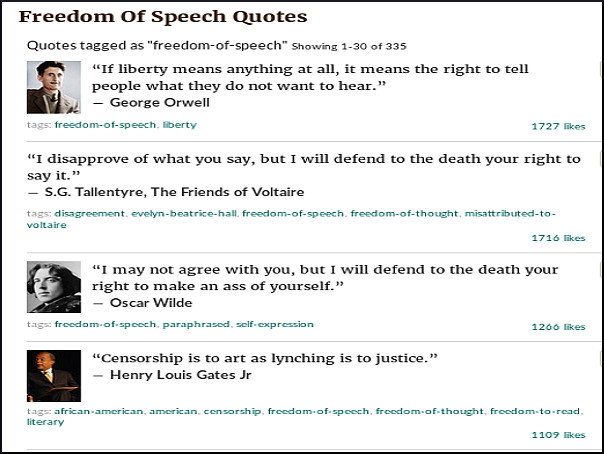