It was ‘just tragic for so many reasons,’ argued the late-night comedian.
[.]
“Yeah, we get it. You’ve made that painfully obvious. And it gets even more pathetic,” explained Oliver. Because the Barr hearing was at 9:30 a.m., and because the nearest KFC didn’t open until 10:30 a.m., Cohen—as The Daily Beast reported—“bought the chicken the night before and kept it in his fridge.”

“Which is just tragic for so many reasons,” said Oliver. “One, he’s biting into leftover KFC—or, as it’s more commonly known, ‘trash.’ And two, that means this adult man probably lay in bed all night thinking about how fucking awesome his chicken joke was going to be—and he was completely wrong about that.”

From my friend Molson: 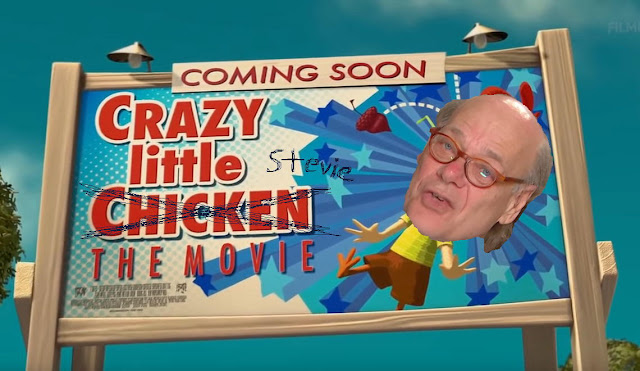 I have a question for anyone knowledgeable with symbolatry.

Does anyone know the meaning of the symbol on the ring of Cohen's right hand? It must mean something. What, though? Anyone? 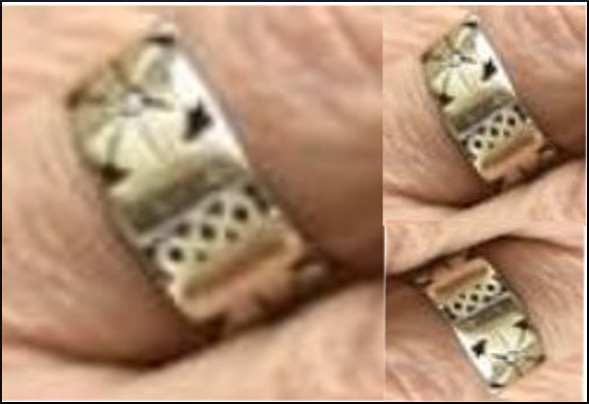 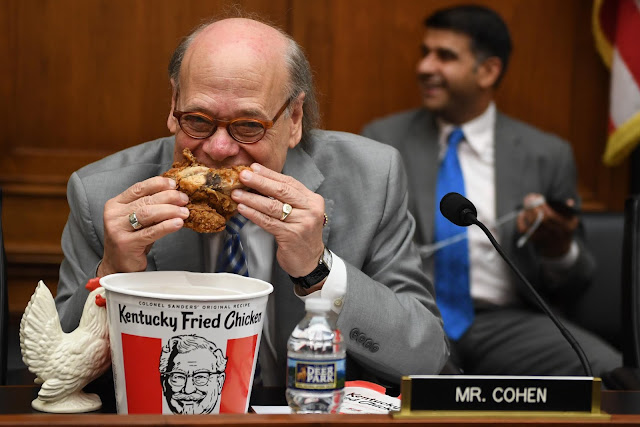