Last week, 19-year-old Kendrick Castillo lost his life to save his fellow students as a shooting broke out at a STEM school in Highlands Ranch, Colorado, just outside Denver. Castillo was, by all accounts, a bright young student and a hero in the wake of a senseless act of violence. As it turns out, he was also an avid Jeep enthusiast. CBS4 Denver‘s Jamie Leary covered the remarkable event, as fellow Jeepers throughout the state turned out to honor his memory. 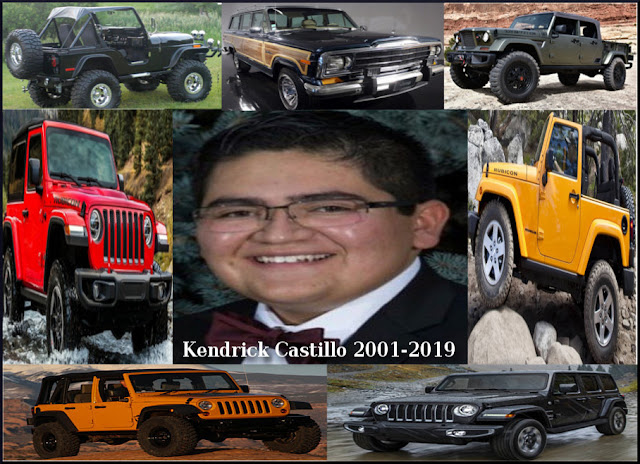 Witnesses said Kendrick Castillo, a senior who was within days of graduating from STEM School Highlands Ranch, was among three students who tackled a classmate who opened fire in his classroom. Castillo, a robotics buff and outdoorsman, was the lone fatality in the shooting that wounded eight other students.

The local Knights of Columbus, where Castillo often volunteered with his father, was helping pay funeral expenses. The group also was providing an honor guard for the service.