Biden also told donors that he’s heard from 14 heads of state from around the world who’ve voiced concerns to him about Trump. That list included Margaret Thatcher, he said[.] 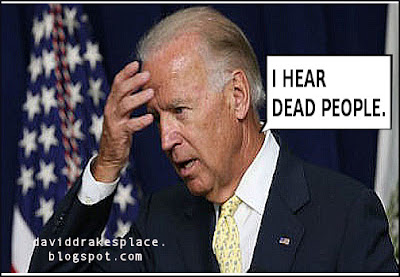 Maybe all the arm-chair doctors who've voiced their - mostly negative and disingenuous - uninformed opinions on the health of President Donald Trump can proffer their diagnosis of Creepy Uncle Joe?

Biden had surgery twice in 1988 for a brain aneurysm. More here.

Biden also heard from other well-wishers including Cheops, Mary Worth and Sam Kinison.
Posted by Drake at 5:18 PM