Is Oregon Live, The Oregonian, painting a sympathetic portrait of Angel Granados Dias, the armed student apprehended at Parkrose High?


"The rollout of Angel’s identity on OregonLive will come via a sympathetic puff-piece they are now preparing, focusing on mental health and personal/family adversity, especially if he is from a migrant family. Unlike other trench coat gunmen in schools, the pivot will be away from issues of firearm access and provenance." 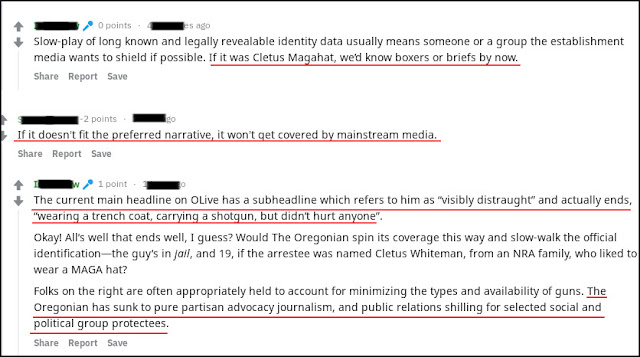 Here's the link to the Oregon Live story. It's interesting to note that there are 28 reader comments that, earlier, were viewable, but now, clicking on "View Comments" results to the message of "Comments are not available for this story." Comments at the Reddit link are not kind towards The Oregonian and its coverage on this story. 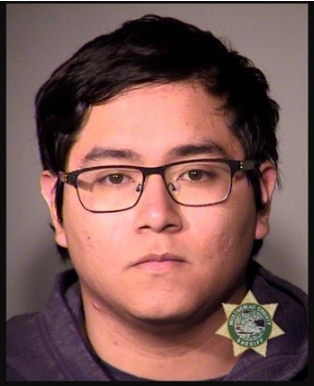 Angel Granados Dias was arrested on accusations of bringing a loaded shotgun into Parkrose High School on May 17, 2019. He was booked into Multnomah County's jail system just after midnight on Saturday, May 18, 2019. (Multnomah County Sheriff's Office)

Is this a case of "if he'd been wearing a MAGA hat and his name was Nick Sandmann", would we know everything about his entire life by now?

While I haven't checked since earlier this morning, 4 and 8 Chan didn't have much info on the background and life of Dias.

Oregon Public Broadcasting has an event timeline on what occurred at Parkrose High School.


Former Oregon receiver [and football coach, track coach and security guard at Parkrose High School] Keanon Lowe was able to tackle an armed student to the ground before anyone got hurt[.]