Hundreds of protesters gathered in Aurora on Friday evening to march to the ICE detention facility where illegal and undocumented immigrants are being housed. They also removed the U.S. flag, replaced it with a Mexican flag, and spray painted graffiti on the American flag before they replaced it flying upside down.

Hit the link for, what is at least at publishing time, live video. 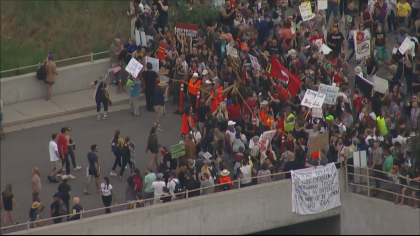