A man in California arrested in the death of his wife earlier this month reportedly told sheriff's detectives he beat her with a concrete block while claiming it was protecting her from a group of "brutal, powerful" people who had infected him with mayonnaise.

Nathaniel Robertson, 46, has pleaded not guilty to a charge of first-degree murder in the killing of his 57-year-old wife, Lidia. Robertson was arrested on July 12 after his wife found dead with blunt force trauma injuries and blood was discovered splattered at the entrance to their home.
[.]
Robertson told deputies he beat his wife with the concrete block at least four times and killed her in order to keep her from a group of people to "give her compassion and mercy," according to a Kern County Sheriff's Office report obtained by Bakersfield.com.
[.]
Robert claims he was infected by mayonnaise that a group he only referred to as "they" put into his leg. The police report obtained by Bakersfield.com said that Robertson claimed the mayonnaise was releasing information to him from the Revolutionary War. 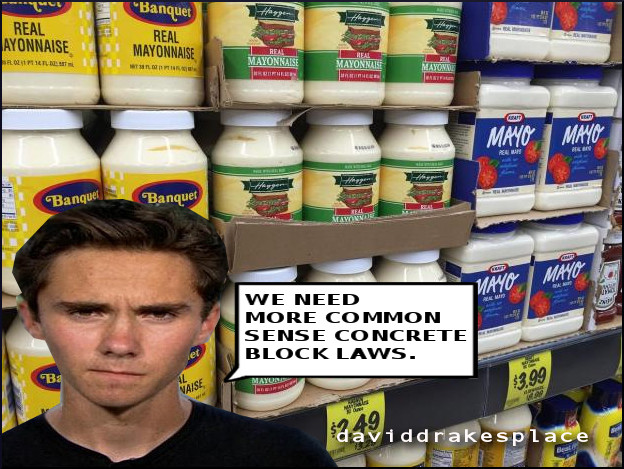 "They". The Illuminati? I heard they were testing a new delivery system for the New World Order by using condiments. Hmmmmmmm...
Posted by Drake's Place at 7:30 PM