Civil servant compensated £10,000, claims portrait of queen he has to walk by offended his human rights. 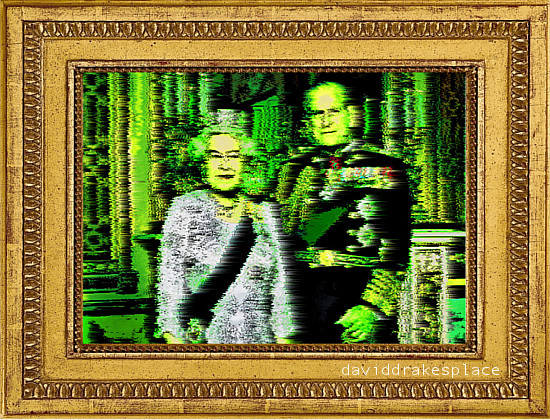 (Not the real portrait).

The Independent: Civil servant ‘offended’ by portrait of Queen is paid £10,000 in compensation.

[C]ivil servant] Lee Hegarty complained under human rights legislation he should not have to work in an office that featured paintings of the Queen and the Duke of Edinburgh.

After his complaint, the portraits were removed and replaced with photographs of the royals meeting people in Northern Ireland during official visits.

But Lord Maginnis said he was most outraged that the senior official’s dispute was settled in secret with the then-Northern Ireland Secretary, Theresa Villiers, who approved a £10,000 compensation payment for “hurt feelings and distress”.