** The links to The Post Millennial (TPM) were glitchy for a while. If the links to TPM give you any trouble, scroll to the bottom of this post for the stories via Archive. **


“JY” publicly identifies as a woman, but still has all the male parts.
[.]
In recent months, JY approached 16 Vancouver-area female estheticians who only serve women, requesting a “Brazilian” bikini wax on his groin area.
[.]
In spite of the fact that JY is able to obtain a Manzilian in Vancouver, JY has filed 16 complaints against these women at the BC Human Rights Tribunal, claiming discrimination on the basis of “gender identity.”
[.]
...Shelah Poyer, is a single mom who works out of her home.  JY was willing to withdraw his complaint in exchange for $2,500.

If JY is demanding similar sums from the other 14 women, he stands to receive as much as $35,000 for dropping his human rights complaints. 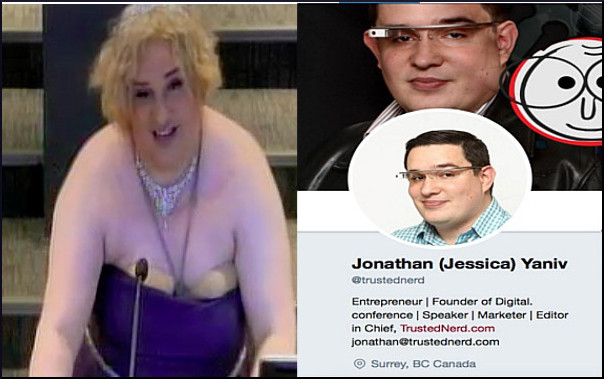 The Post Millennial (July 17/18 2019): Another B.C. woman forced out of business in transgender male-genitalia waxing case.

Marcia Da Silva, who is an immigrant from Brazil operated the business out of her home where her small children also live. Da Silva claims she refused to perform the procedure on the claimant, Jessica Yaniv, due to safety concerns raised by her husband and alleged harassment on Yaniv’s part and not because of the claimant’s identity.
[.]
...Yaniv, has taken fifteen other B.C. women to the tribunal for refusing to wax her male genitalia citing discrimination based on gender identity and is seeking financial compensation. Many of the woman are of East Asian ethnicity and have English as their second language.

During Wednesday’s tribunal proceedings Da Silva claims that the incident directly led to her shutting down her business and losing it as a source of income for her family.

The Post Millennial (July 19, 2019): The truth about Jessica Yaniv is beginning to emerge.


[Yaniv scrubs social media, has history of racist remarks, makes threatening and harassing phone calls to waxing businesses and asks advice about tampons online [on Ask.FM, a semi-anonymous ask and answer site] Yaniv allegedly provided her phone number to girls under the age of 16.] 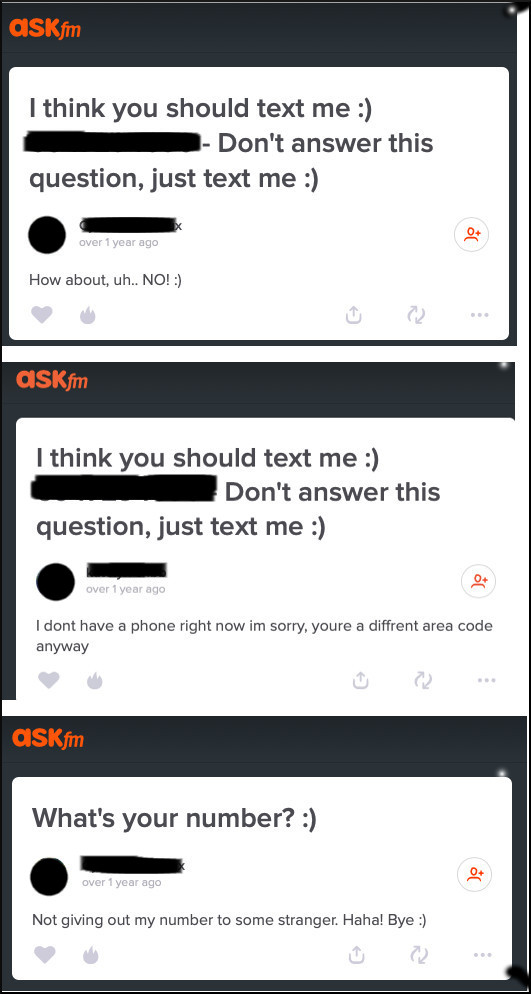 
"The people that discriminated against me are forcing their beliefs on society," said Yaniv. (It is the exact opposite. - DD)
[.]
[Yaniv's] mother allegedly complained that her tax dollars would go to pay for translators required to help the women defend themselves against the complaint made by her daughter.
[.]
Outside of an independent journalist, the article response taken by Morgane Oger, our coverage, and some spotty pieces across the internet, it seems most mainstream organization will not dare report on this story in any significant depth.
[.]
...it seems most mainstream news organizations are ready to ignore it wholeheartedly or suppress it, even if that decision were to mean a group of women without resources losing their claims because they simply refused to wax male genitalia.

Yaniv seems to have a history and interest in underage girls: 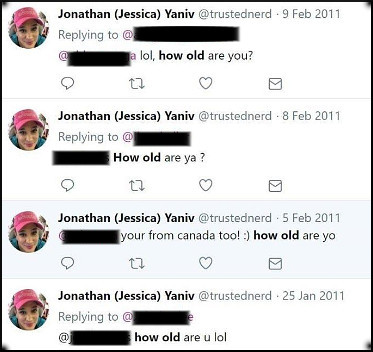 Breaking News - Can’t Take No For An Answer: Jonathan Yaniv files 16 Human Rights complaints against women who don’t want to wax his balls.

Post Millennial - Another B.C. woman forced out of business.

Summit News -  Trans Activist Organizes Topless Swimming Session For Girls as Young as 12, Parents Not Allowed to be Present.
Posted by Drake's Place at 10:30 PM