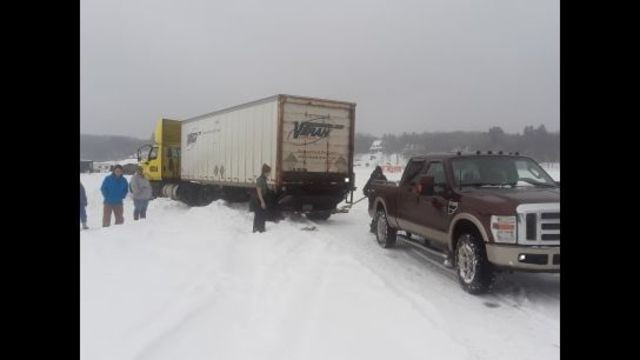 According to the Hennepin County Water Patrol, the driver was reportedly making a delivery to a resident on the lake when he drove onto the snow-covered ice.
[.]
According to Jeremy Elshaug, who was on the lake checking on his fish house, he and some other ice-goers helped the truck driver dig out the rig. Elshaug then used his pickup truck to pull the truck to a less snowy area.

A brief update on radio news said the truck driver was following his GPS directions. Minnetonka is a big lake with many homes around it. In certain areas, in winter, with today's diminished visibility - going by GPS - yeah, I can see how driving onto the lake would happen. Lucky the ice is as thick as it is, holding the weight of a semi. 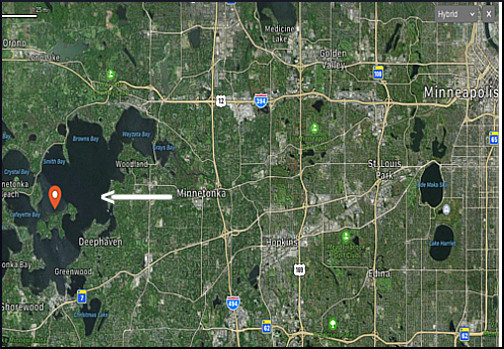 Below chart from Almanac.com